HENDERSON, Tenn. — One animal is making headlines for its special extracurricular activities — or lack thereof.

When you hear ‘Cogan’s Farm,’ you might think of weddings and special events, but this week, there’s another lady at the top of everyone’s mind. 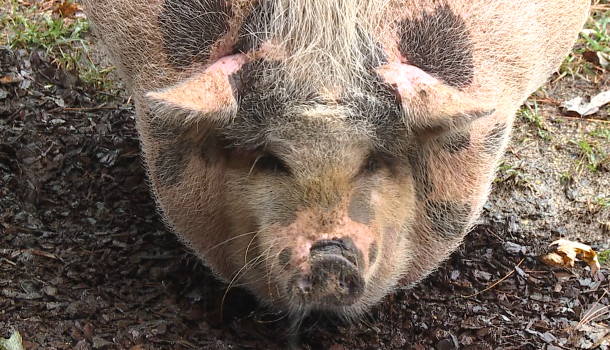 Brian and Fran Whitehead are the owners of Cogan’s Farm, and they love animals. They have dogs, cats, horses, donkeys, ducks and pigs.

“Every single animal has a different mindset, and they all have pecking orders, and they know where they should be and what they should do and who they can get along with and when it’s time to eat,” Brian said.

Now, one animal on Cogan’s Farm is making headlines.

The Whiteheads have had Rosie the pig for almost three years now, so when their daughter posted a video of the potbelly pig on social media, they didn’t really give it much thought.

It seems many people were able to relate to Rosie’s loud snores, as the video of the pig taking a casual cat — or, rather, pig — nap was viewed by thousands nationwide.

The Whitehead’s say it’s normal for people to come to their farm and find joy with the animals, and Rosie is just helping to spread that joy a little farther.

“Enter as strangers and leave as friends, and once they see these animals and us, that’s what happens. Everybody’s our friend, and that’s what we really push for here,” Brian said.

The Whiteheads say when Rosie isn’t taking a nap, she loves to swim in the pond, play with their other pig, Olive Oil, and, of course, eat.