FBI gives tips on how to keep your information secure

JACKSON, Tenn.– Internet-enabled theft, fraud and exploitation were responsible for $2.7 billion in losses in 2018. The victim could be anyone who uses a connected device, including you. 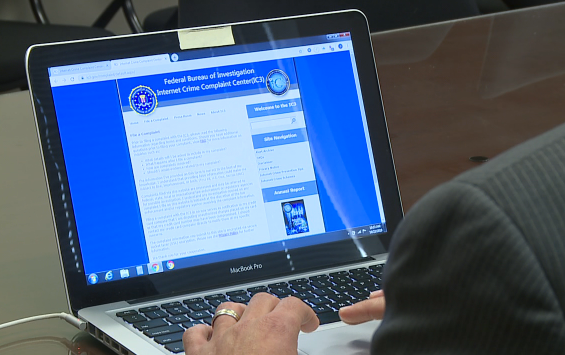 The Federal Bureau of Investigation says its Internet Crime Complaint Center took in a an average of 900 complaints every day last year, ranging from non-payment scams to pyramid schemes.

Jeremy Baker is one of the people investigating these crimes. To prevent them, he has some tips you can do right at home.

“Just like your personal hygiene, you want to shower every day, you want to bathe, want to smell good, your cyber hygiene is the same thing. Just be in good shape,” Assistant Special Agent-in-Charge Jeremy Baker told WBBJ 7 Eyewitness News.

The first thing he said was to have multi-layer authentication.

“If you log into your email and give your username and password, it won’t let you in just yet. It’ll do at least one other step like text you a code or email a different account a code and you put that in and go in,” he said.

To set that up, go to your email account, click security, and turn on the two-step verification.

“Think about somebody sitting in their mother’s basement all day trying to guess what your password is. Make it hard for that person to do it,” Baker said.

He said the passwords should be long and unpredictable.

And if you post about the Packers all over social media, hackers might be able to use that.

“I’ve actually seen some huge cases where some industrious and creative criminals tracked executives on social media,” he said. “That is exactly how they got millions of dollars out of these large companies. Because they knew exactly what to say and when to say it and when to hit, based on the executive’s availability or lack-of availability.”

Keeping that safe is as easy as changing the privacy setting on social media from public to private.

But, most importantly, trust your gut. If you see a website or email that doesn’t look secure, don’t click or open it.

“Because those are actually the two biggest things we still see, even as complicated as technology gets, it’s usually caused by people opening or clicking things they shouldn’t,” Baker said.

And, the FBI says give the computer a break and turn it off. If the computer isn’t on, hackers can’t get into it.

“Make it hard for the bad guys to make you a victim,” he said.

Use different computers for internet use and private use.

Install and keep up with anti-virus protection and software.

Keep your computer, tablet and phones up-to-date with the latest software, as the makers are constantly researching and updating.

And, back up your data.