JACKSON, Tenn. — With veterans day around the corner, a congregation is honoring the brave men and women who dedicated their lives fighting for the country. 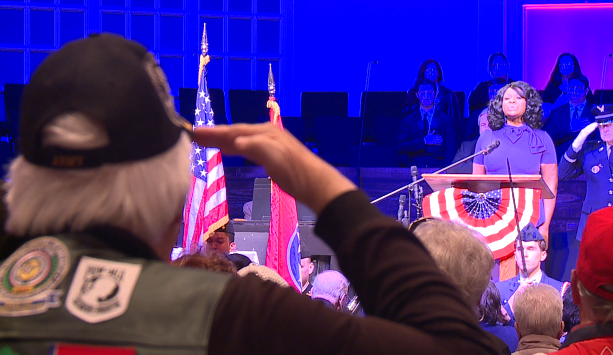 Friday night Englewood Baptist Church was filled with red, white and blue, and the congregation gathered to honor the nation’s veterans.

“Just being able to stop for a few minutes and thank them, it’s amazing,” said Mary Ross, a West Tennessee Veterans Committee member.

Veterans from different eras and branches were recognized for their service during the program.

Many of the brave men and women at the program say the community’s support means the world to them.

“It shows that they have a great respect for all our veterans and just appreciate their freedom for what they did for them,” said army veteran Reginald Sims.

“We’re free because of them,” Ross said. “It’s real important to thank a veteran; it’s something I want to pass down to my grandkids, just the importance of being able to stop and thank a veteran.”

The fifth annual veterans parade will be held in downtown Jackson on Saturday at 11 a.m.