JACKSON, Tenn. — From historic flooding to devastating storm damage, many West Tennesseans are still left recovering from some of the major weather events that took place this year. 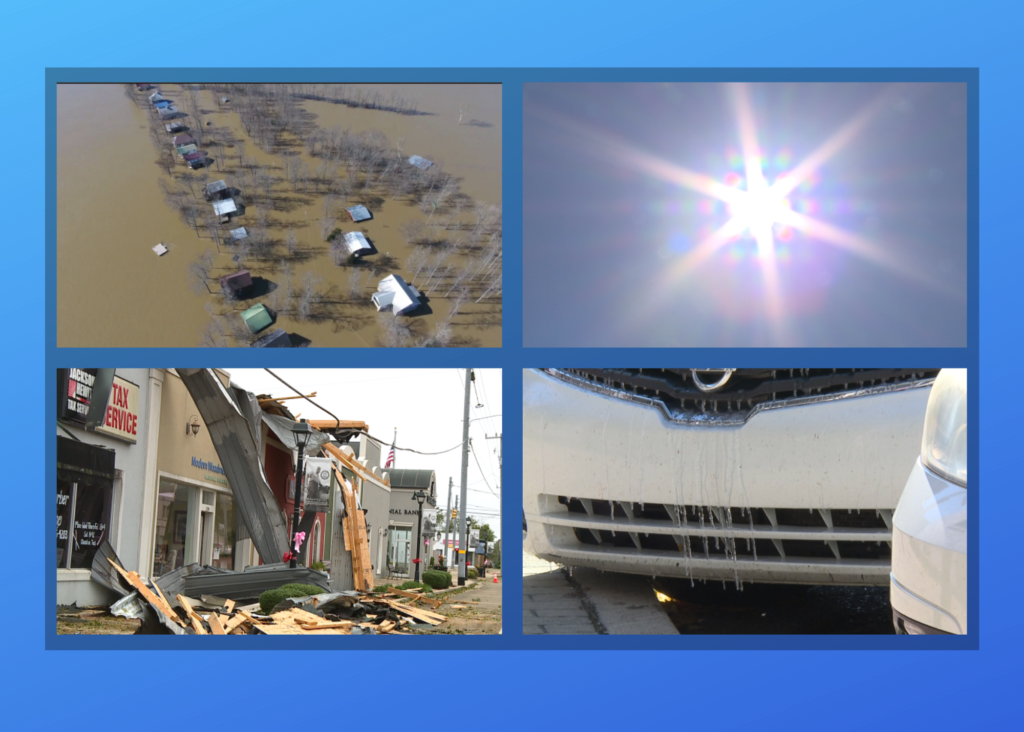 At the beginning of the year, excessive rain caused excessive flooding.

This February was one of the wettest February’s on record. For areas near the Tennessee River, water rose more than 10 feet, enough to cover several structures and reach the roofs of homes.

“It could have been many more millions of dollars,” said Hardin County Mayor Kevin Davis. “Two more feet of water would have just been horrific.”

The flooding left some places, especially near the Tennessee River, uninhabitable for several weeks afterwards as the water slowly receded.

During the dog days of summer, it’s not uncommon for that hot weather to come a bit early in the Mid-South.

This time it stayed around a bit longer. The first few days of October saw record breaking heat where highs soared into the upper 90s, normally expected to be in the upper 70s.

Towards the end of the month, one of the most destructive wind events to impact the area in recent years occurred.

The remnants of Tropical Storm Olga trekked right across West Tennessee on October 26.

It brought a powerful line of winds that left a path of damage as large as 800 square miles in our southeastern counties that weekend.

“It’s going to be a long process, getting everything cleaned up and back to normal, and there’s not really going to be a normal for a lot of people,” said Adamsville resident Lynn Maness.

Storm damage spread north across Interstate 40, with several overturned semi-trucks over the Tennessee River bridge. The impact from that event continues with several communities still picking up the pieces.

By the end of the month we went from summer heat to winter-like conditions, and even a trace of snow being recorded in some areas on Halloween.

Record breaking cold was also felt in November, however by Christmas temperatures warmed up, with Christmas 2019 being tied for the second warmest Christmas to date.

More Hot Weather For The Start Of The Weekend