JACKSON, Tenn. — Investigators with the Jackson Police Department say they got a call around 2:40 p.m. Thursday about a shooting at Allenton Heights Apartments. 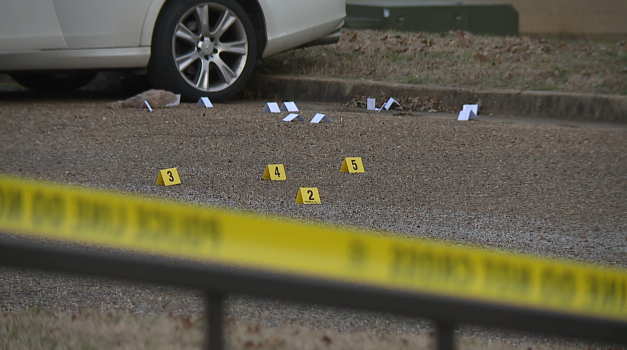 “Two individuals got into a shootout,” said Police Chief Julian Wiser. “We located the one individual here at the scene. The other individual showed up at the hospital.”

Wiser also says a stray bullet went through the window of a nearby home, hitting one person in the arm.

According to Wiser, none of the injuries appeared to be life-threatening.

“There was also drugs recovered in the immediate area, and what we’ve been able to determine initially, it appears this was a drug transaction,” Wiser said.

Wiser adds that one of the gunshot victims was found with a firearm.

The identities of those involved have not been released. Investigators say they are not looking for any other suspects.