EXCLUSIVE: Man speaks out after being accused of killing teen 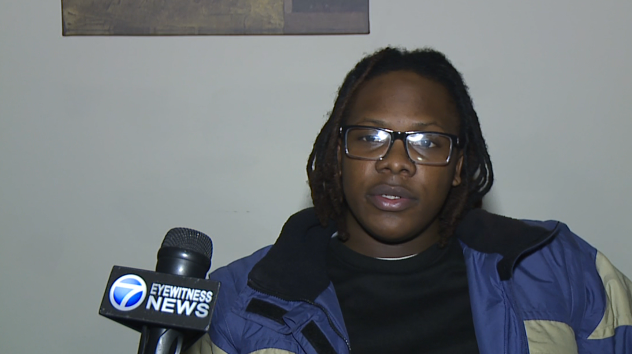 That was the night 17-year-old Elia Hernandez was killed by a stray bullet while at a party.

“I want both of us to get our justice. I know I did something wrong and I got to pay for mine, but I didn’t do what they say I did,” Love said.

Love says during the party, a fight erupted outside and several people started shooting.

“I ended up firing my weapon, and I left and I guess I had a warrant the next day,” Love said.

Love says he did not fire the shot that took Elia’s life.

“I’ve been sitting in there three and a half years and there’s supposed to be more people shooting, but I’m the only one in there the whole time,” he said.

Love says he and Elia were friends, and he feels for her family.

“I love Elia just like she’s my sister. Every female around me, I try to protect them. You know, I’m sorry for even putting myself in that situation,” Love said.

“I do understand from mother to mother that she does deserve justice, she does. She deserves justice for her daughter. Nobody should have to bury their child from nothing like that,” Latoya Love said.

Latoya Love says when the case against her son is closed, she plans to start a fundraiser in Elia’s honor that will help parents who lose children due to violence.

Quindarius Love says he is due back in court in March.