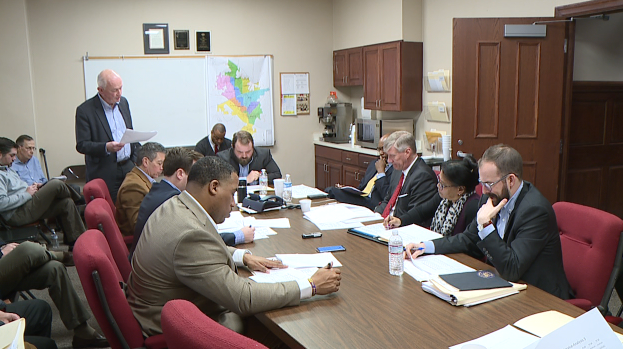 “It’s a complex situation. Thankfully, we have the budget committee digging into it deeper,” said city council member Russ McKelvey.

The city council would be responsible for paying for the construction of Madison Academic, but some members say they aren’t confident in the partnership as it stands.

Some concerns were about inaccuracies over the square footage of the new Madison Academic High School building and the lack of clarity on who would pay for change orders that increased the project’s budget.

The committee did not recommend moving the project forward.

“There was a motion presented to give an opinion to the council from the budget committee, but that ultimately fell flat,” McKelvey said.

The county commission would be responsible for funding the reconstruction of Jackson Central-Merry. Some commissioners say they share the city’s concerns.

“When we’re spending this much money and we’re looking at this many projects at one time, I think it’s important that we ask as many questions as we need to ask to use the taxpayers money wisely,” said Doug Stephenson with the Madison County Commission.

City leaders say they predict the council will have a special meeting in the future to decide what their participation will or will not be in the partnership.

The Madison County Commission will be meeting Friday at 8:30 a.m. to discuss their role in the public-private partnership as well.

WBBJ 7 Eyewitness News also reached out to Jackson Mayor Scott Conger for comment on the recommendation made during Tuesday’s budget committee meeting. However, we are still waiting to hear from him.