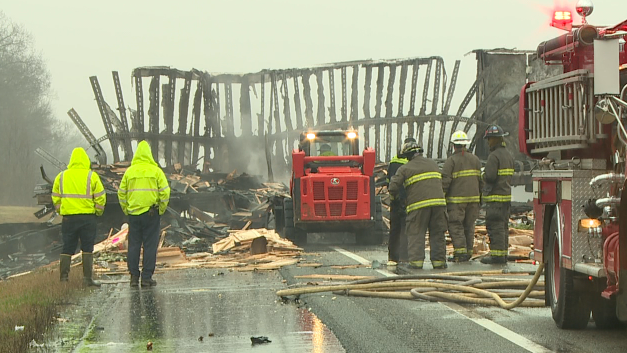 The crash happened around 6:30 a.m. Crews worked to put the fires out and clear scene into the afternoon.

“At the 93.8 mile marker, we had two tractor-trailers get together and have a crash here,” Madison County Fire Chief Eric Turner said.

The smoke was so heavy at some points, eastbound traffic had to be slowed down.

Chief Turner confirmed there were fatalities reported in the crash.

One person was taken to a local hospital.

The interstate was reopened around 5 p.m.