JACKSON, Tenn. — It was a stacked agenda at Thursday night’s Jackson-Madison County School Board meeting, with board members voting to approve several action items. 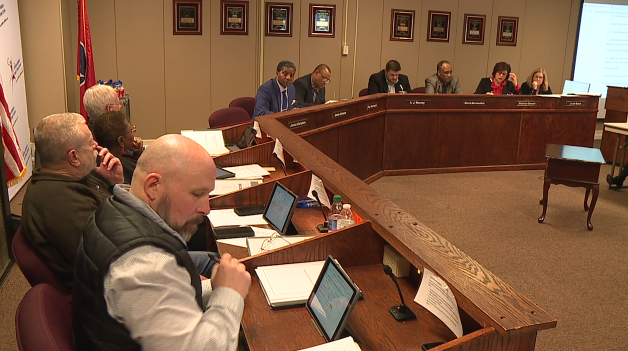 The first approval was to release the vacant Lincoln property to the city of Jackson, which will then be transferred to Lane College.

“Lane College had requested the property. We toured the property with Lane, with President Hampton, he really wants the property. He has some big plans for the use of it given its proximity to his school,” said JMCSS interim Superintendent Ray Washington.

The board also approved the facility use agreement with the University of Memphis-Lambuth Campus and the development agreement for the public-private partnership.

School board chairman Pete Johnson says the board is also one step closer to finding a new school superintendent.

“We finalized the process for the interview tonight and the acceptance of the six finalists,” Pete Johnson shared.

Interviews have been set up for next week, with board members expecting to vote on their two finalists by Tuesday, February 25.

While much was accomplished during this month’s board meeting, many were left shocked when board member Morris Merriweather announced his resignation, effective immediately.

In his letter of resignation, Merriweather stated the reason for his resignation from the board was “because this board is not in line with my beliefs and values.”  Merriweather says he is also taking this time to focus on his family.

The Madison County Commission will now have to vote to accept Merriweather’s resignation.