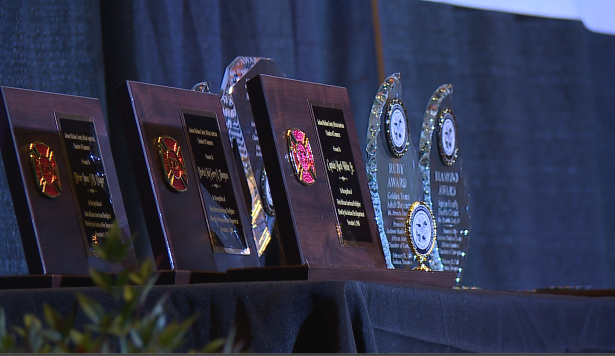 Awards were given to both new and seasoned businesses.

“It was really rewarding and exciting for us to receive an award and be recognized, so that’s why I want to make sure that I stay involved and others can experience that experience that we had,” said Johnetta Black.

Evvie is the season one winner of ‘The Four: Battle of Stardom.’

She explains why the Jewel Awards’ effort to help children become entrepreneurs motivated her to participate.

Evvie also has a message for anyone pursing a dream, whether that’s business or the big stage.

“They would always tell me no, but that was just preparation for that one yes, because that’s all it takes,” said McKinney.

This year the Jewel Awards is raising money for the chamber’s ‘Follow Me Into Business’ youth development program.