NASHVILLE, Tenn. — Woodland Street in east Nashville, just one of the many streets and neighborhoods devastated by early morning storms on Tuesday. 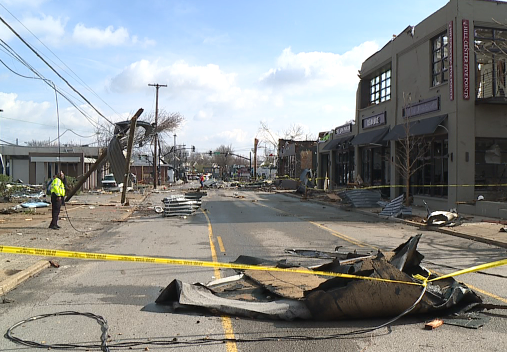 “Around 1:30, I saw some pictures of the neighborhood, so I told the store owner to look at the video cameras. And they were black, so I told him to come here. Then I came here, and it was a disaster,” Frey said.

More than 20 people died across Tennessee due to the storms, and this isn’t the first time Nashville has seen storms like this.

“It’s hit in some really devastating places that got hit in ’98, so it’s bringing up some hard memories,” said Nashville councilwoman, Kathleen Murphy said. 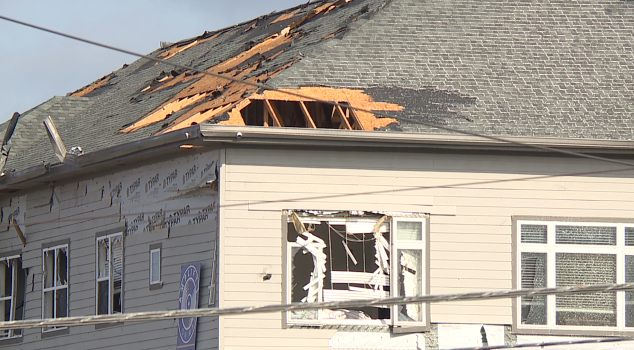 However, on Tuesday morning there were no cars. Just people walking up and down the road. The only sounds were the chainsaws and alarms.

Officials are also working to repair a Tennessee Valley Authority line in Hermitage, and they say residents need to make sure they’re staying out of the way of first responders.

“So we can get those services turned on for those that can accept it. Figure out who can’t accept power and other utilities and start working from there,” Murphy said.

There are hundreds of homes damaged in the Nashville area.

One thing that did survive last night’s tornadoes: the “I Believe in Nashville” mural. 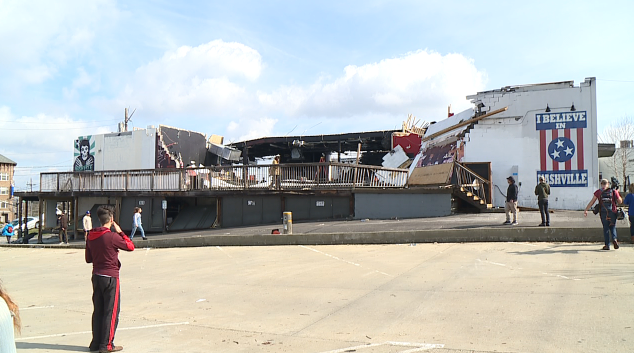 Dozens of people stopped to take pictures, giving hope to the people in the Music City.

If you’d like to help with clean up efforts in Nashville, head to the “Seen on 7” section of our website for all the details.

President Donald Trump said he will visit Tennessee on Friday to see the damage.

JMCSS Athletics to shift back to Phase One safety measures