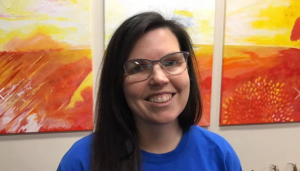 , Ashley, had heart surgery twice. She was just 16-years-old for her first surgery.

“You can’t give enough to make up for a life,” said Bernie.

“It’s been over a half a million dollars,” said Bernie.

“We get to go to children’s hospital week each year and we visit children from around the country that have been impacted by Children’s Miracle Network, “said Jennifer.

“I mean, she does it every single day and doesn’t expect anything in return for it and that’s a pretty big deal,” said Bernie.

“It’s great to know they can make such a difference in children’s lives,” said Jennifer.