MARION COUNTY, Tenn. — David Anderson has been fishing for 38 years, but Saturday evening, he caught something he was not expecting. 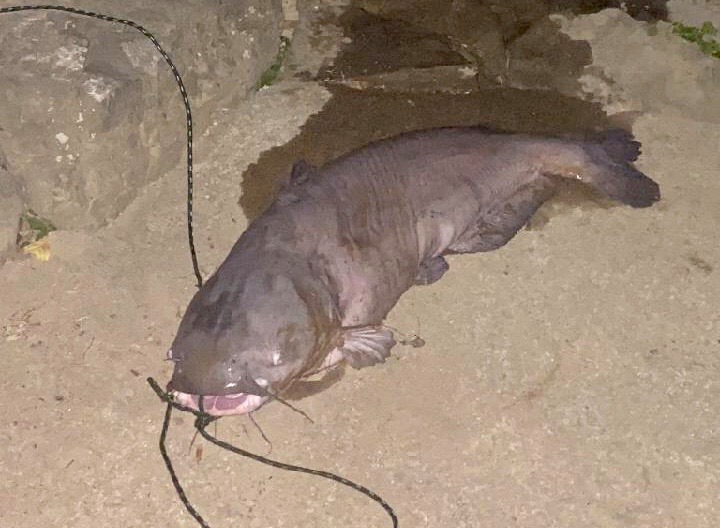 Anderson went fishing on Nickajack Reservoir around 9 p.m., saying he likes to fish after all the boating calms down.

“Fishing is more than catching for me,” Anderson said. “It’s my church. It’s my go-to place. It’s my getaway, where I gather my thoughts.”

Anderson baited his fishing rod with a nightcrawler and lodged it in the rocks, waiting patiently for a bite.

“It didn’t bump or tug, but literally was jerked out,” Anderson said. “I grabbed it, leaned back and let the drag out.”

He began broadcasting on Facebook Live, knowing he had something big. Friends joked with him to just “pull the fish in.”

After a hour long battle, Anderson went into deeper water, got the fish into a net, and thought he had a state record. 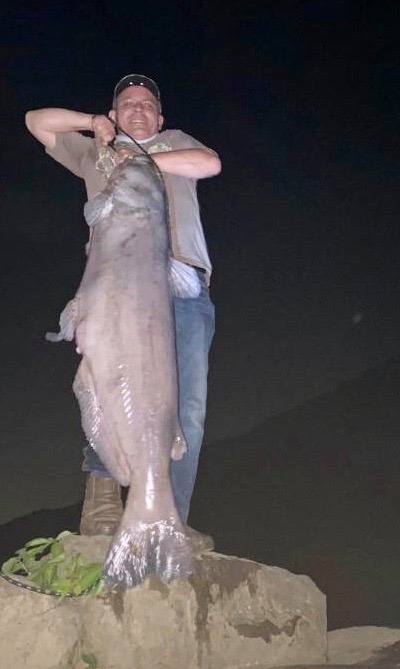 He tied it off with a rope and weighed it the next day on a certified scale. It weighed in at 103 pounds.

“At this point, I just wanted to let it go. You just don’t see them this big and I was concerned,” Anderson said. He later released the fish back into the river.

The current state record is 112 pounds, caught in the Cumberland River in 1998.

Saturday is a free fishing day in Tennessee.