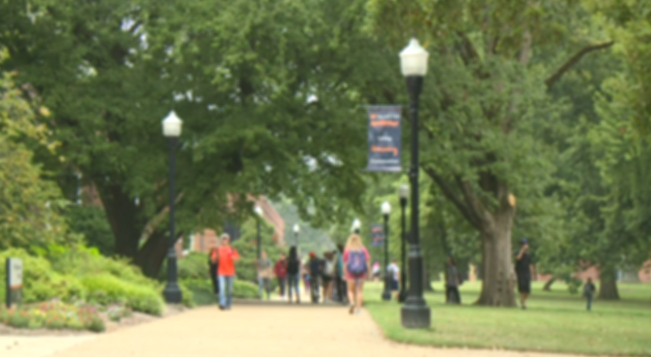 “It was disturbing, particularly to our Black students,” said University of Tennessee at Martin Chancellor Keith Carver.
In the video you can hear someone say a racial slur, along with the statement ‘we hate blacks.’

Due to death threats against the people involved, WBBJ 7 Eyewitness News will not be showing their faces or giving out their names.
We also won’t play the audio from the video due to its graphic content.

“The lives of our Black students, but also our Black faculty and staff, our Black alumni, our Black neighbors all across the region and state, their thoughts and their lives matter,” Carver said.

Carver adds that they hold their students accountable for their actions, whether they are on campus or not.

“Whenever we have an issue that comes up that could involve a student, there’s a Student Conduct office and a process that investigations and material is turned in when something like this happens,” Carver said.

WBBJ 7 Eyewitness News also spoke to family members of some of the students in the video.

One grandmother says this behavior is uncharacteristic of her granddaughter.

Another student issued a statement through her mother saying quote, “remaining silent and allowing peer pressure is not the way to handle things.”

The family of another student has retained an attorney, who released a statement on their behalf saying quote:

“Unfortunately, there’s a lot of kids who have grown up with the Internet and have lost the appreciation of what are private moments and what are not private moments. Our client is only 19 years of age, and she has learned the hard way that things said in jest can be hurtful and she very much regrets this. Unfortunately, all people are learning that social media creates a permanent record of people’s youthful mistakes. As you probably know, she was at home. She did not mean what she said, but her speech is protected under the First Amendment, just like your right to show the clip is protected under the First Amendment.”

Chancellor Carver says he did speak to one of the students in the video and that this investigation is ongoing.