How did Madison County reach the point of a mask mandate?

JACKSON, Tenn. — The Jackson-Madison County Regional Health Department started hosting press conferences with city and county officials on COVID-19 since the first cases were confirmed in Madison County back in March. 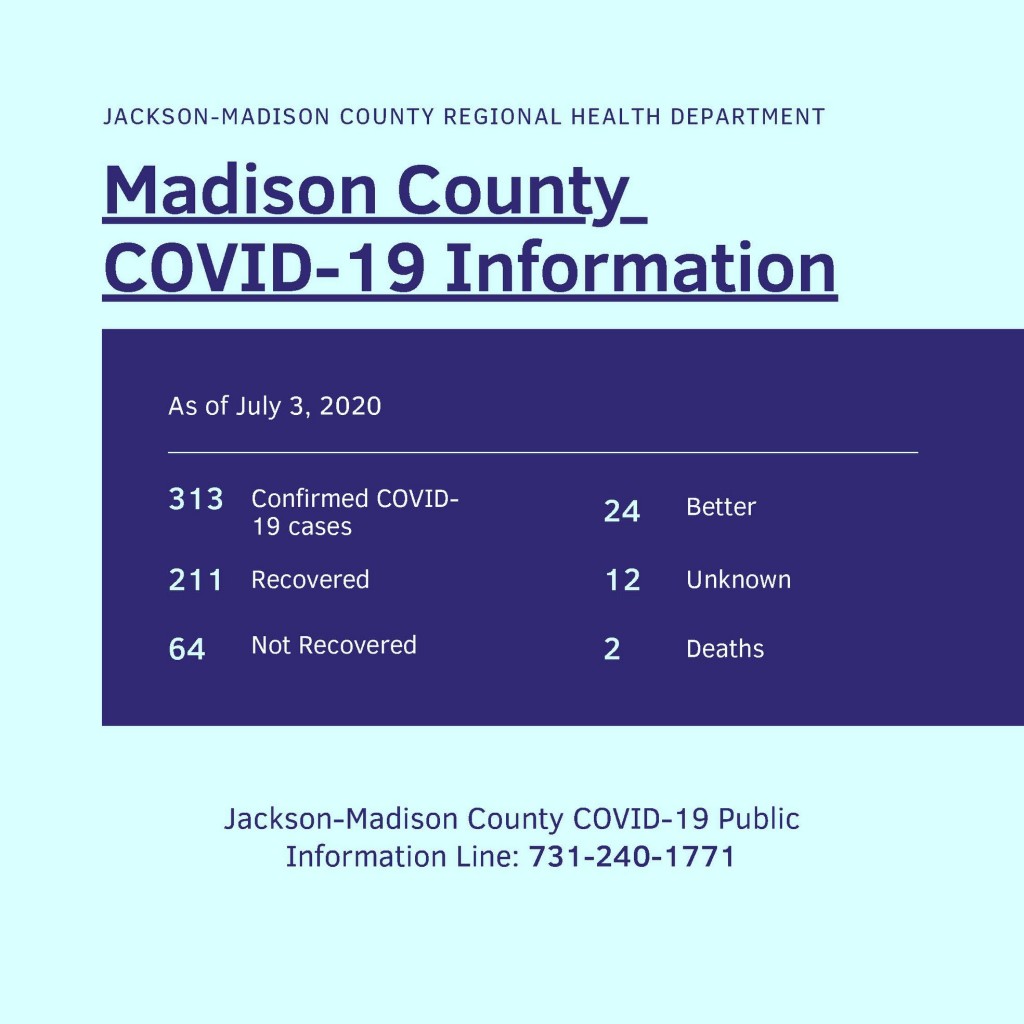 Four months later, we have a total of 313 total cases of COVID-19 in Madison County, and 88 of them are active right now.

So how did health officials and city leaders come to the decision to have a face mask mandate?

“We have got to reduce the surge of patients that are going to the hospital that are becoming positive,” Jackson-Madison County Regional Health Department director Kim Tedford said.

Madison County had its first confirmed case of COVID-19 on March 23.

Eleven days later, on April 5, there were 38 cases of COVID-19, and the first shelter-at-home order went into effect, which closed all non-essential businesses and restricting anyone from traveling or doing anything unless it was deemed “life-sustaining.” 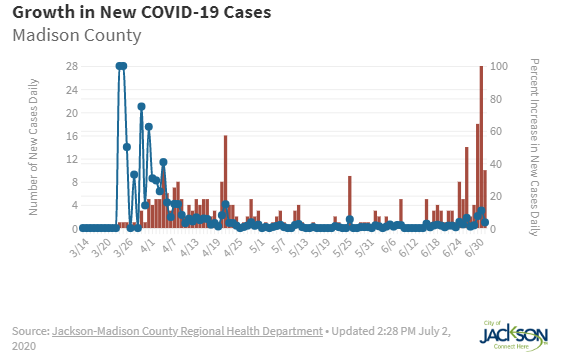 Then on April 27, we had 135 total cases, and the city and county went to a safer-at-home order.

This eased some restrictions, allowing restaurants to reopen inside seating to 50 percent.

Then, on May 6, with 150 total cases, close contact businesses like hair and nail salons were allowed to reopen.

But the COVID-19 case count in Jackson and Madison County continued to slowly rise.

“We were averaging three to five new cases a day,” Tedford said.

Until this past weekend, when positive case numbers skyrocketed, and we’ve seen double digit increases almost every day this week. 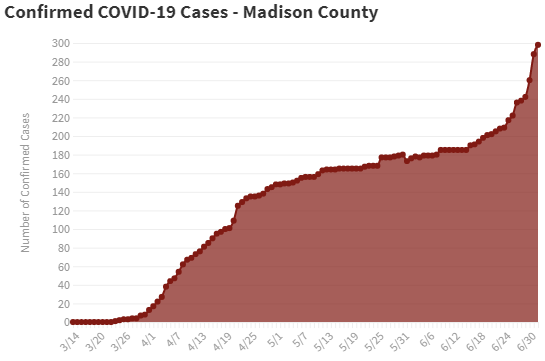 “We’re seeing eight, 10, 12 positives coming in a day. So the positivity rate is increasing over the last few weeks,” Tedford said.

And now hospital officials say they’re getting concerned with the number of hospitalized cases.

“That number 50 is when we go to the next level of concern in our hospital,” West Tennessee Healthcare CEO James Ross said.

Madison County Mayor Jimmy Harris says this decision is what’s best for the economy and people.

“If you wear a mask, you are at least doing all that you can do to protect your family, and the people around you and yourself,” Mayor Harris said.

People sitting down and eating at restaurants are exempt, as well as children 2-years-old and younger, and places of worship.

If you have any concern about a business not following the mandate, call: