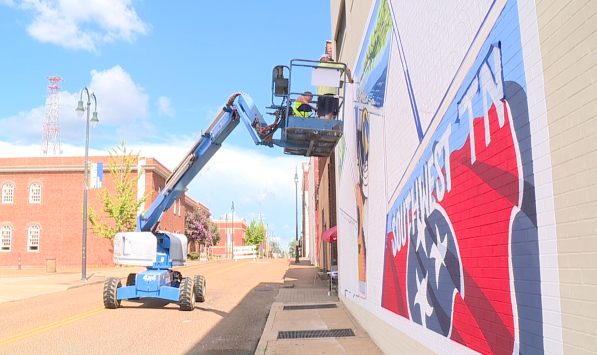 This time the canvas is the front of the Southwest Tennessee Development District building in downtown Jackson.

Artists Jonathan and Sarah Cagle are painting a mural highlighting objects and locations that are prominent in southwest Tennessee, including the Tennessee River, Beech Lake, a guitar representing music, a train and the numbers 731, just to name a few.

“One of the things that I like about public art, as opposed to a gallery setting, is that this is accessible to everybody, and everybody can see it and you don’t have to go into a gallery space to appreciate art,” said Sarah Cagle.

The artists say the goal is to complete the mural by this year’s 731 Day.