2020 Hurricane Season Could Be More Active Than Previously Forecast

West Tennessee is no stranger to tropical activity including tropical depressions, tropical storms, and even the leftovers of powerful hurricanes. Over the last several decades, this area has been through storms like Camielle, Katrina, Harvey, and Irma. Even Tropical Storm Olga caused power outages for weeks for thousands of West Tennesseans across 800 square miles of the viewing area late last October. Today, the Climate Prediction Center with the National Oceanic and Atmospheric Administration is issuing an updated seasonal forecast for the 2020 Hurricane season which is already off to a record start. 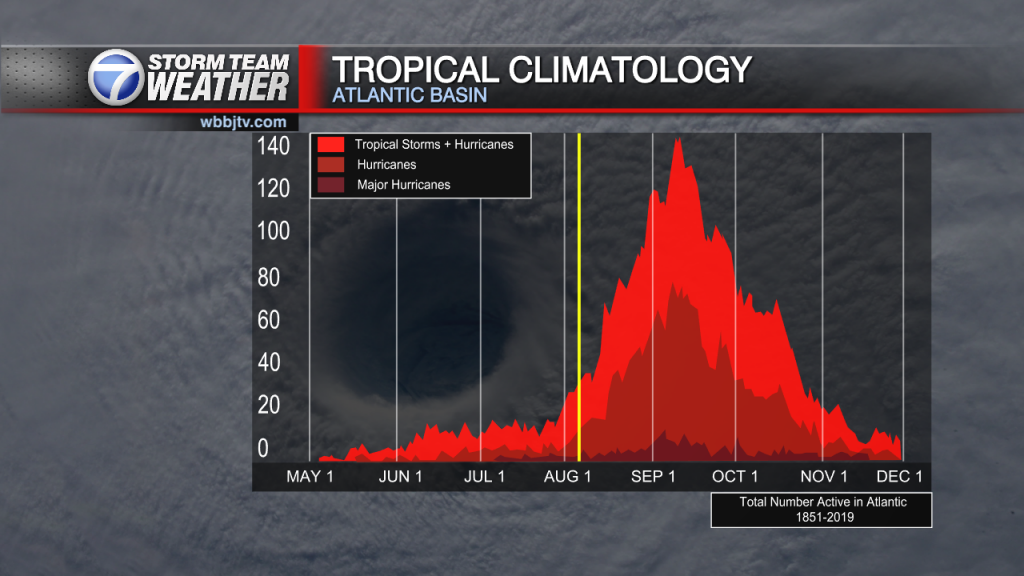 The peak of hurricane season is typically in early September and on average we should have only had two named storms by early August but we’ve already had nine now after just finishing with Isaías earlier this week. Josephine would be the next named storm to develop in the Atlantic Basin although no tropical cyclones are forecast to develop in the next 5 days. 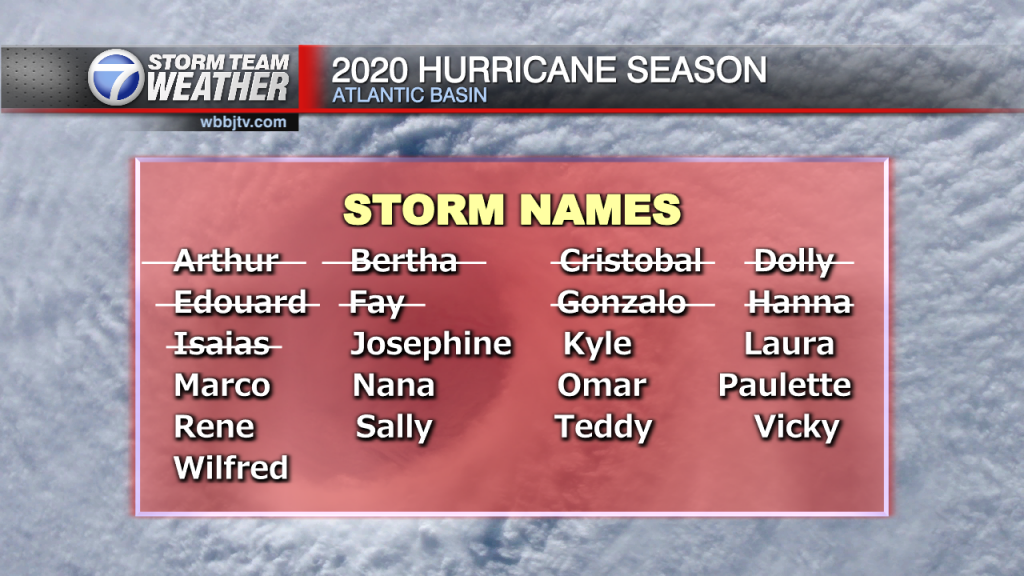 The latest outlook for this year’s season is concerning since the newest forecast has even more named storms than were previously expected. The forecast originally for 13-19 named storms is now for 19-25 named storms. If the 22nd storm of the season develops, we will have to resort to using the letters of the Greek alphabet to identify that and any future storms that organize in the Atlantic Ocean. The predicted number of hurricanes has increased slightly from 6-10 to 7-11. No change occurred in the forecast for major hurricanes. 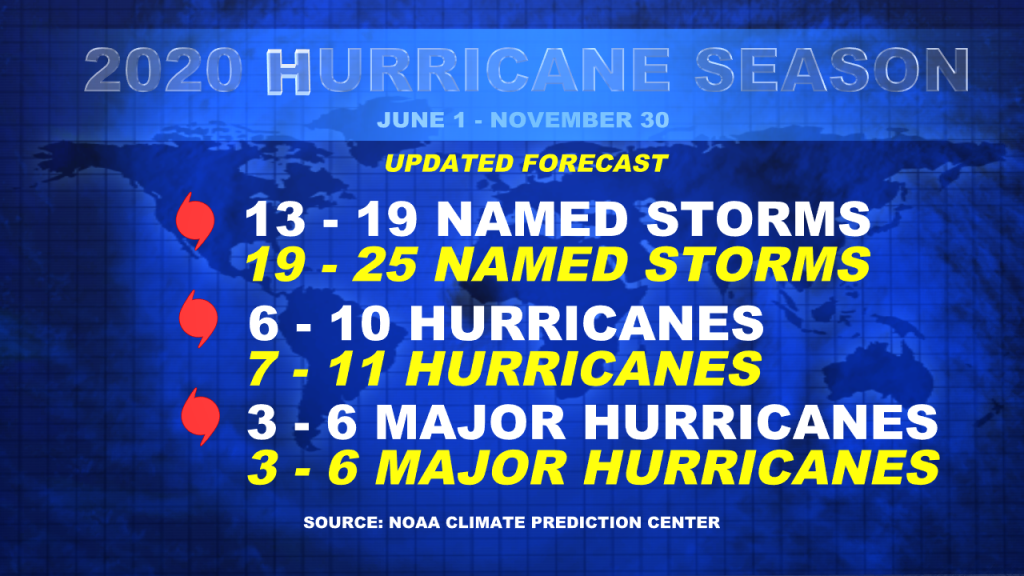 It’s worth mentioning that it’s possible for this forecast to be accurate and for none of these storms to make landfall. The Atlantic Basin may be churning with multiple storms at once, but it’s entirely in the realm of possibility for West Tennessee or even the United States to be left untouched for the rest of the year if no storms reach the coast. In any case, FEMA encourages us to take precautions in light of the potential for this to be a more active season than normal. Having emergency items like first aid kits, weather radios and flash lights ready ahead of time will make it easier for you to grab and go in the event that a tropical system moves this way. Keep COVID-19 in mind as well taking social distancing and wearing a face mask into practice when making preparations and keep up with Storm Team Weather online for the very latest forecast!