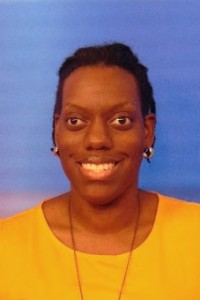 Anna-Alicia Sails joined the WBBJ 7 Eyewitness News team in September 2016 as a production assistant. In 2018, she officially became a producer for Good Morning West Tennessee and is now the producer for the 10:00 p.m. show.

Anna-Alicia is from the small town of Whiteville, Tennessee in Hardeman County.

After graduating from Bolivar Central in 2012, she worked in radio.

She graduated with honors and a bachelor’s degree in Broadcast Journalism from Union University. While at Union University, she produced and anchored the student-led daily newscast, Jackson 24/7, and she was heavily involved in Theatre. She was awarded the Communications Arts Student of the Year award in 2016.

After college, she wanted to expand her writing and wrote for a local newspaper.

When she’s not bringing you the latest news, she is practicing Pilates, hanging out with her friends (virtually, of course), writing poetry, and watching every British detective show on Netflix.