JACKSON, Tenn. — Thousands of people lined up Thursday at the Jackson Fairgrounds to receive a COVID-19 vaccine. 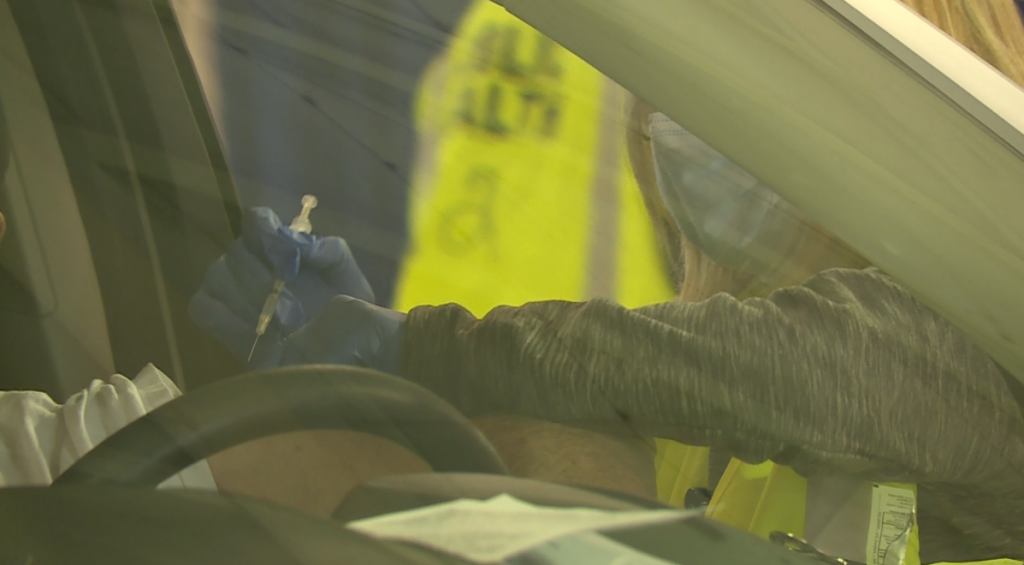 Elderly Madison County residents waited hours on Thursday to receive their doses of the COVID-19 vaccine.

“I don’t want to get COVID, and if this will help prevent it, I’m all for it,” said Dave Milhorn, who received the vaccine.

“We’re 86 and we need protection,” said Joy Archer, who also received the vaccine on Thursday.

Midnight. That is when Tommy Lewis got to the fairgrounds to receive his vaccine. He was the first in line.

“It wasn’t my intent to be. I just wanted to be up in the first wave because the news media was saying we’re going to have long lines,” Lewis said. 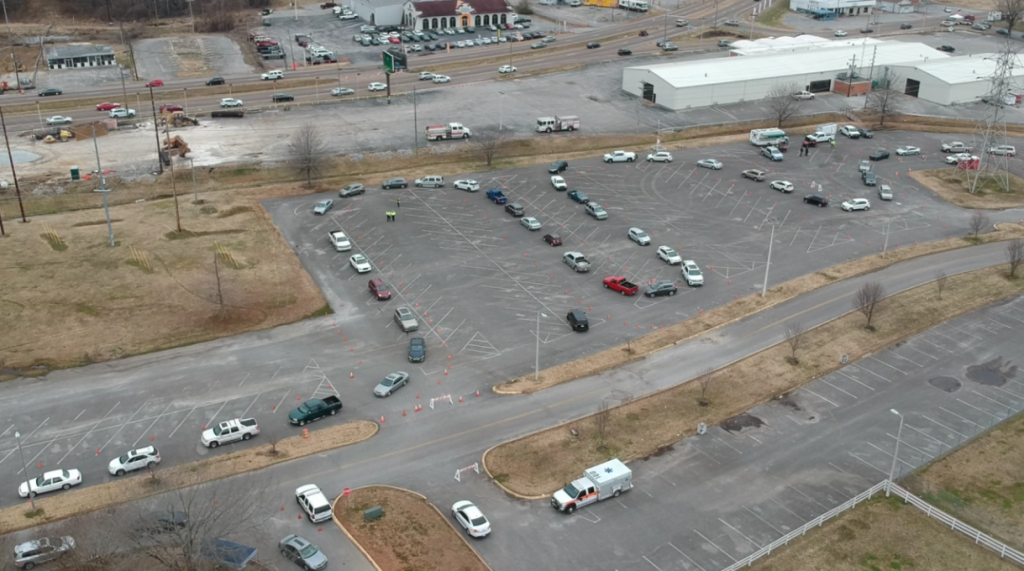 Soon he was joined by thousands of other Madison County residents 75 and older who lined up all the way to South Royal, then Highway 45, waiting to receive the vaccine. 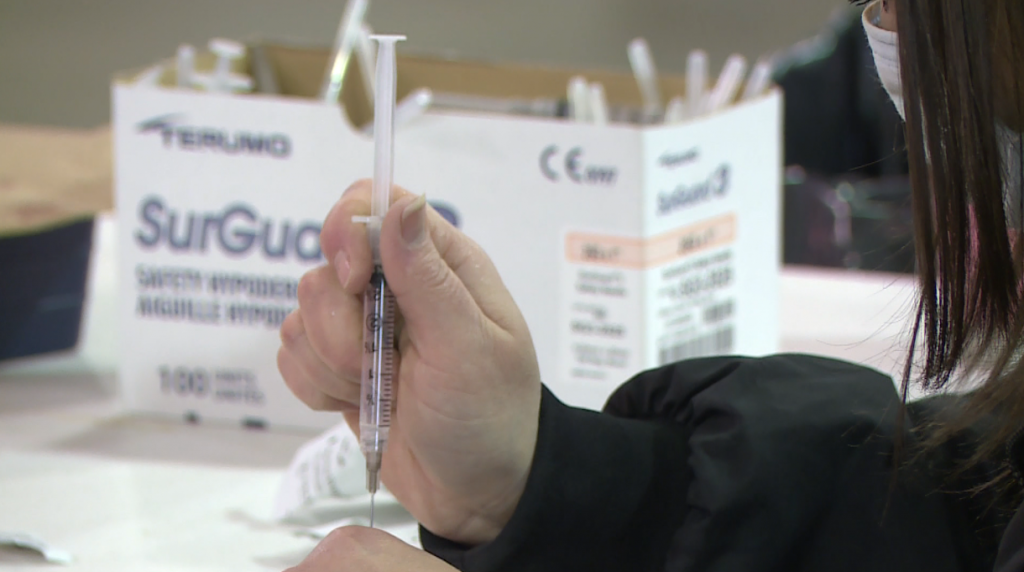 “The uptake for vaccine in this age group is always good. They’ve lived through some diseases that vaccines were invented and created for, like polio. They know vaccines work. This population is never an issue to take vaccine,” Tedford said.

And that’s exactly why Lewis waited nine hours for his dose.

“You know, it’s sort of like taking the polio vaccine. Yeah, there’s risk. Sometimes you’ll have a reaction or whatever, but I think you’re better off to take the vaccine,” Lewis said.

“I finally feel like we’re doing something that can help slow down the pandemic. We’re all excited because we’re pro-vaccine. That’s what we do best. So this is exciting for us,” Tedford said.

So far the Jackson-Madison County Regional Health Department has vaccinated 1,900 people, and with Thursday’s event, they’re doubling that. 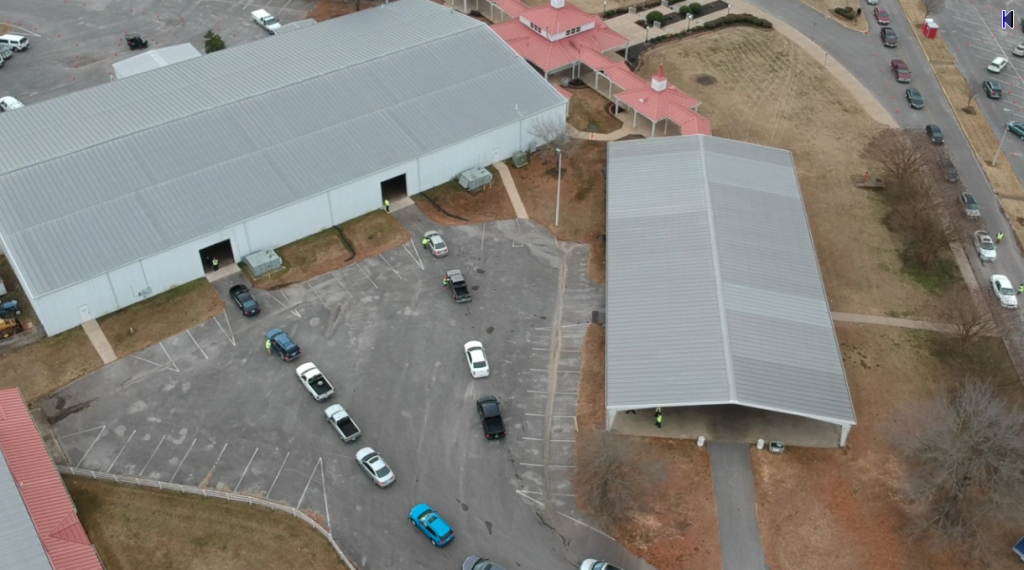 “We have around 2,000 doses. That’s give or take because we’re able to get some extra doses out of some of the vials. I can’t pinpoint the exact number, but somewhere close to 2,000,” Tedford said.

But what about those who didn’t qualify for the drive-thru event? We asked about the rapid response list that has already had 4,000 people sign up.

“We have been able to call, I’m going to say, two or three people off the top of that list because we would end up at the end of the clinic day with an extra couple of doses in a vial,” Tedford said.

And at that pace, the chances of you getting called to take the vaccine are slim. 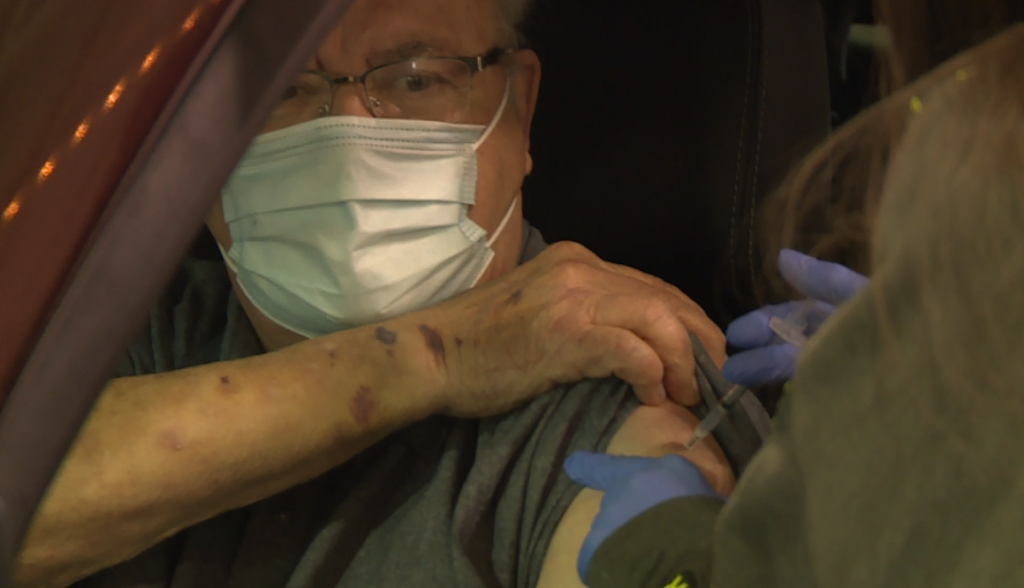 “We’ll probably get to some of the phases those people fall in before they get a call from us with extra vaccine,” Tedford said.

Tedford said they will hold an event like this again when it’s time for these 2,000 people to receive the second dose of their vaccine.

She said she doesn’t know when another first-dose clinic will be held. The health department says they will continue to give vaccinations until 6 p.m.

The Jackson-Madison County Regional Health Department says over 1,500 vaccinations were given to residents during Thursday’s event.

Health department to roll out website for vaccine appointments