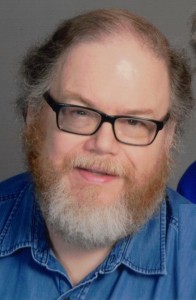 Rusty was born November 7, 1959 in Noblesville, Indiana, the son of Helen Kesler Powers and the late Leo Hugh Powers, Jr. He was a member of Somerville Church of Christ and was employed as a package handler for Federal Express in Memphis. Rusty enjoyed watching old movies and will be remembered for being a loving son, brother and uncle.

Rusty is survived by his mother, Helen Powers of Somerville, TN; his sister, Whitney Powers Gardner of Charleston, SC; and his niece, Olive Kesler Powers Gardner. In addition to his father, he was preceded in death by his brother-in-law, Edwin Gardner.

Arrangements will be provided by Peebles Fayette County Funeral Homes & Cremation Center and condolences may be left on our online guestbook at www.PeeblesFuneralHome.co