Majority of House members vote for 2nd impeachment of Trump

WASHINGTON (AP) — A majority of the U.S. House has voted to impeach President Donald Trump for a second time, just a week after he encouraged loyalists to “fight like hell” against election results — a speech that was followed by a mob of his supporters storming the U.S. Capitol. 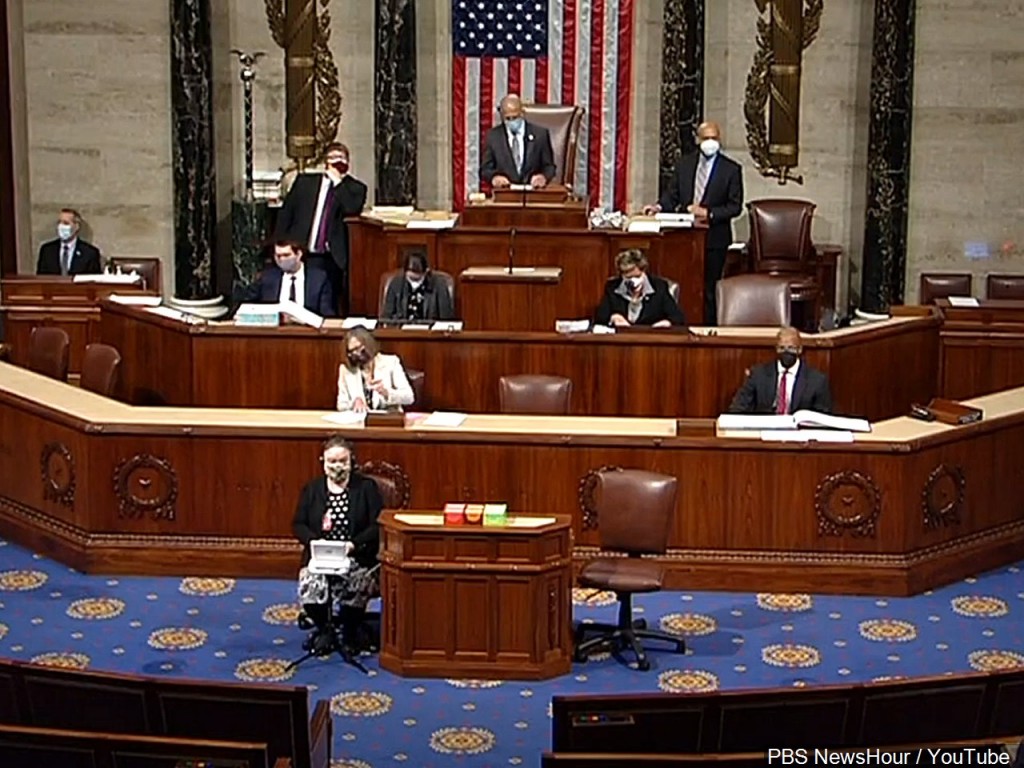 The House vote on an article of impeachment for “incitement of insurrection” is still underway.

Senate Majority Leader Mitch McConnell would not agree to bring that chamber back immediately, all but ensuring a Senate trial could not begin at least until Jan. 19.

Still, McConnell did not rule out voting to convict Trump in the event of a trial.

Trump is the first American president to be impeached twice.