US Attorney for West Tennessee to resign on Feb. 28

MEMPHIS, Tenn. — The U.S. Attorney for the Western District of Tennessee announced his resignation on Wednesday. 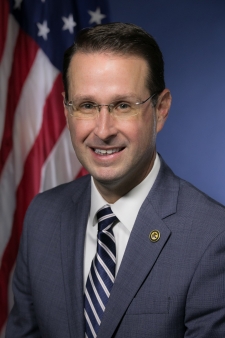 Dunavant was appointed by President Donald Trump in 2017, according to the release.

“Nearly three and a half years ago I was provided the professional honor of a lifetime. To be able to serve the district where I was born, raised and educated, and for which I have tremendous love and respect, was a remarkable experience. I am tremendously grateful to President Trump, Senators Lamar Alexander and Bob Corker, and Congressman David Kustoff for placing their trust in me. I am confident that the extraordinary professionals of the U.S. Attorney’s Office will remain tirelessly devoted to the unwavering cause of justice on behalf of the citizens of West Tennessee and our great nation. I am proud of the consequential work we have accomplished in the Trump administration, including achieving justice for victims, consequences for criminals, support for law enforcement, resources for communities, protection of the U.S. Treasury, better public safety results for citizens, and respect for the rule of law. I am also exceedingly proud to have worked alongside the brave and dedicated men and women of law enforcement as they have selflessly served and sacrificed to make our communities safer. As I step away from this esteemed post, I remain committed to being actively engaged in serving our state and nation in the future.”