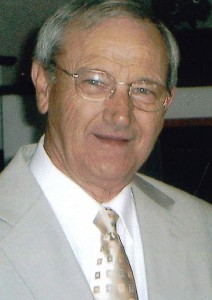 Harlan was born June 5, 1935 in Somerville, the son of the late Thomas Jefferson Pulliam and Evanna Harvey Pulliam. He served his country in the United States Army and was employed with South Central Bell for 38 years before his retirement. He was of the Baptist faith and an active member at Living Testimony Church in Somerville. Harlan was a member of the Jaycee’s and organized the first Christmas parade in Somerville.

A businessman in all aspects, Harlan will be remembered for being a dedicated friend who never met a stranger. He was a Colonel on staff that was active in politics and was a great football player in earlier years. Harlan loved telling stories to family and friends. He could fix just about anything and his favorite saying was, “If you have Jesus, you never die!”.