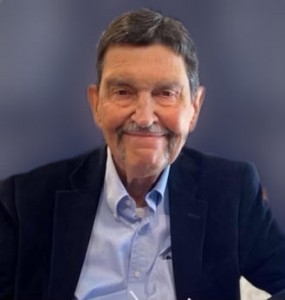 Ken was born February 27, 1946 in Junior, West Virginia, the son of the late Chester Lorane Ware and Nellie Florence Swick Ware. He graduated from Belington High School in Belington, West Virginia and was married March 4, 1967 to the former Marilyn Cowger. He was employed as a food broker at Salesmark and Crossmark for many years before his retirement in 2015. Ken had been a resident of Memphis for 49 years and was a member of First Baptist Church Grand Junction. He enjoyed many sports and was a fan of the West Virginia Mountaineers and Memphis Tigers.

Mr. Ware is survived by his wife of 54 years, Marilyn Ware of Memphis, TN; his daughter, Kristy Styers and her husband, Troy of Grand Junction, TN; his son, Scott Ware and his wife, Emily of San Jose, CA; his sister, Carolyn June Lord of Mesquite, TX; and four grandchildren, Ben Ware, Caroline Ware, Hannah Styers and Abigail Styers. In addition to his parents, he was preceded in death by his sister, Constance Joan Payne-Stewart and his brother, Keith Ware.