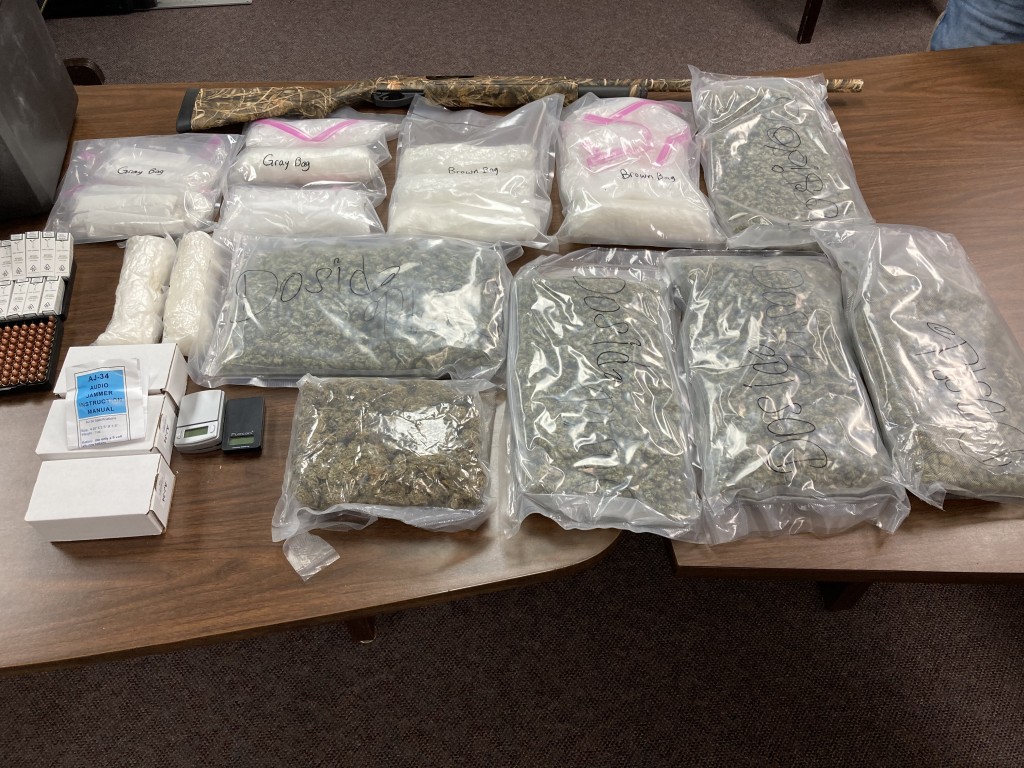 Investigators say James Lee Payne II, 37, and another individual were arrested in East Tennessee, according to a news release. Payne is believed to have ties to a gang operating in Henry County, the release says.

Through the investigation, officers found about 12 pounds of methamphetamine, about two pounds of fentanyl, almost seven pounds of marijuana, LSD, a shotgun, five vehicles, and about $15,700.

Investigators believe the methamphetamine and fentanyl found in East Tennessee were destined for Henry County, the release says.