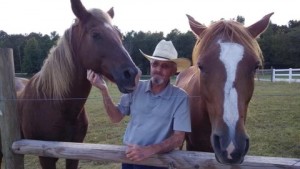 Mark was the eldest son born to Mark Clayton and Jean Winston Hartz on June 18, 1946 in Denver, Colorado. Around the age of 3 the family packed up and moved to Memphis, Tennessee. to be closer to Jean’s family. Mark’s brother, Jon Brent Hartz was born soon after. Mark grew up playing sports and while he was the smallest member of the team, he played football at Germantown High School.

Mark met Nancy Ann Watts while attending Germantown in the fourth grade. It didn’t take Mark long to realize that he’d met his soulmate and he fell in love. His determination to win Nancy’s heart finally paid off and they were married on August 3, 1965. He is survived by his wife, Nancy and their 4 children: Cammie Hughes (Todd), Amy Jones (Jeff), Paul Hartz and Peter Hartz (Stene’t).

In addition to being a dedicated and loving father, he also had a deep love for his horses (Sonny and Sweet Pea) and spent his last few years loving on his two rescues. Like his father, Mark was also a gifted artist and spent much of his time seeing the world around him through artist eyes, especially in his yard. Mark appreciated all of God’s creations. Mark shared his love of Christ as a Sunday school teacher at First Baptist Church of Lakeland and also served as a Deacon for the church. Throughout Mark’s entire life, he held an unwavering faith in God, which he shared with those who surrounded him. He was faithful to his daily devotional with God and by sharing them with others, he touched more souls than he will ever know.