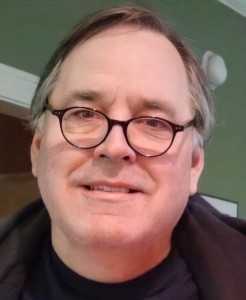 Retired teacher, lawyer, and veteran, he led an active life of service and devotion to his family, his community, and our country.

The elder son of Virginia and Ben Smith, Phil was born on June 14, 1944 in Jackson, Tennessee. Inspired by the example of his mother, a Girl Scouting pioneer in West Tennessee, he became an Eagle Scout and spent five summers on the staff of Philmont Scout Ranch in Cimarron, New Mexico, instructing young men on survival and leadership skills. This first formal teaching experience planted the seed for one of the two major vocations of his life—education. After graduating from Ole Miss (his mother’s alma mater) in 1967, Phil obtained his Master’s and then a Doctor of Education degree from the University of Memphis. His teaching career covered a wide spectrum—from junior and high school math in Mississippi public schools, to graduate level courses in higher education law at the University of North Dakota, to foundational courses for future teachers and school administrators at the University of Memphis College of Education.

Phil’s other vocation was the law. Licensed to practice in five different states, he worked in a remarkable variety of positions: an attorney/landman representing oil and gas clients; a public defender representing indigent defendants in criminal and juvenile delinquency cases; a guardian ad litem representing minor children in abuse and neglect cases; an assistant district attorney prosecuting criminal cases; a special master in domestic relations matters; a hearing officer in teacher employment cases; a partner in a big city law firm specializing in oil and gas law; associate attorney in a small town firm doing real estate, ranching, and personal injury law; a solo practitioner in three different states, doing every type of law. Phil once described his solo practice clients as “individuals, boards, an election commission, municipalities, criminals, public officials, farmers, banks, utility districts, businesses, juveniles, fathers, mothers, husbands, wives, the bereaved, the injured, the angry, the illiterate, the educated, the impoverished, and well-to-do.” Few lawyers could match the breadth of his experience serving the varied legal needs of his community.

Eventually Phil was able to combine his two vocations, becoming a recognized expert on school law. He consulted with public and parochial school districts, offering policy recommendations and expert testimony on various matters such as teacher employment, student discipline, and reorganization of school attendance zones. In his published dissertation—“A History of College Admissions at the University of Mississippi Since 1954”—Phil wove together his passions for law, education, and Ole Miss to produce a sensitive scholarly treatment of that turbulent time in the history of the school.

In addition to his clients and community, he also served his country as a Captain in the United States Air Force. Initially assigned to Strategic Air Command (SAC) Headquarters near Omaha, Nebraska, he became Airborne Missile Launch Officer and Communications Controller aboard the “Looking Glass,” one of several aircraft flying at 43,000 feet on continuous airborne alert. Seated next to Phil on the plane was a “red box” containing the nuclear go-codes, capable of launching nuclear missiles from their underground silos. Fortunately, he never had to unlock that box.

Phil was a parishioner of St. Peter’s Catholic Church in Memphis, the same church attended by his great grandfather Joseph P. Carey, an Irish immigrant and Civil War veteran who established the first organized charity in the city. Despite his many travels, Phil was always true to his family roots in the mid-South. His eight grandchildren (who lovingly called him “Big Daddy”) are growing up not far from Pine Lodge, the family retreat his grandfather built near Holly Springs National Forest, where Phil enjoyed many happy summer days with his younger brother, cousins, aunts, and uncles.

Phil will be buried next to his parents at Calvary Cemetery in Jackson, TN. In lieu of flowers, the family requests donations be made to Le Bonheur Children’s Hospital, 884 Adams Avenue, Memphis, Tennessee 38103, in honor of Phil and his grandson Benjamin McAlister.

Funeral mass for Phil will be held on Friday, April 9, 2021 at 1 p.m. at St. Mary’s Catholic Church in Jackson with burial to follow in Mount Calvary Cemetery in Jackson.