PARIS, Tenn. — The Paris-Henry County Chamber of Commerce has announced the Tennessee River Jam will be back this summer. 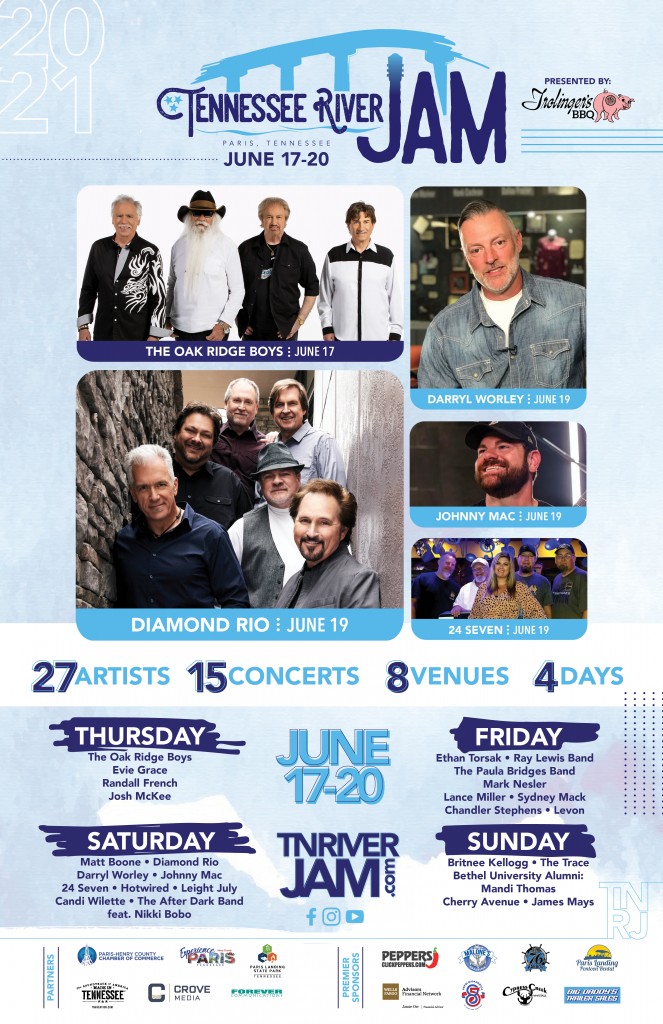 “Music is part of our culture in Henry County,” said Mayor John Ridgeway.

For the full artist line-up, schedule, and information on tickets, click here.