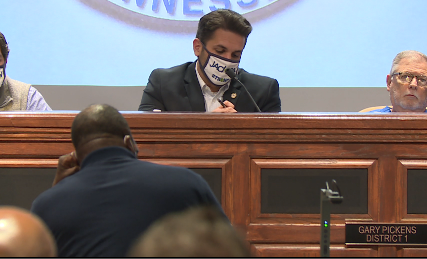 During the session, departments reported where they stand for the year, and what the future looks like financially heading into the new fiscal year.

In the Recreation and Parks Department, the director reported that most residents in the city continued to use its service even during the COVID-19 pandemic.

City officials are requesting to implement a new dog park for residents and their pets.

Mayor Scott Conger says with a year of uncertainty, they are making sure to provide the best services for the community.

“We provide services for garbage pick up, bulky waste, public safety, everything we do provides a service, so we have to weigh that out. Our goals and priorities are infrastructure, public safety and quality of life,” Mayor Conger said.

Venues such a the West Tennessee Sportsplex, the Carl Perkins Civic Center, Oman Arena and others owned by the city have seen a delay in allowing events due to COVID-19.

However, Mayor Conger says many venues are picking up where they left off with their set budgets.

“I think the most difficult thing we’re facing is what everyone is facing, a year of uncertainty raises another year of uncertainty,” Mayor Conger said. “We can prepare on what our expenses can be, but we want to make our budgets balance.”

Leaders with the street department say they have also experienced delays in areas such as repairs to streets and are hoping to see an increase in their budgets heading into 2022.

Mayor Conger also says they are planning ahead for new budgets for the next fiscal year.