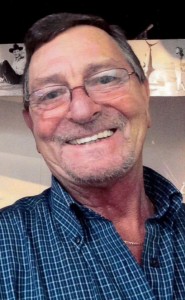 Douglas Edward Criner, age 68, resident of Memphis, went home to be with the Lord on April 28, 2021 at Methodist University Select Specialty Hospital in Memphis.

Mr. Criner was born July 26, 1952 in Little Rock, Arkansas, and was preceded in death by his parents, J.R. Criner and Alma Louise Criner; his brother, Rodney Criner; his daughter, Melissa Criner; and his stepson, Andrey Gomes. He was a graduated of Treadwell High School in Memphis and continued his education by completing the IBEW electrical apprenticeship program. He eventually obtained his electrical contractors license for the state of Alabama while living there.

Doug was not a tall person, but he had a large personality; he was loved much by family and friends. Even though he had electrical knowledge, he probably was more known for his talent at the piano, without benefit of lessons. His family, neighbors and friends will always remember his piano playing in his garage.