JACKSON, Tenn. — It was a short agenda for May’s city council meeting. 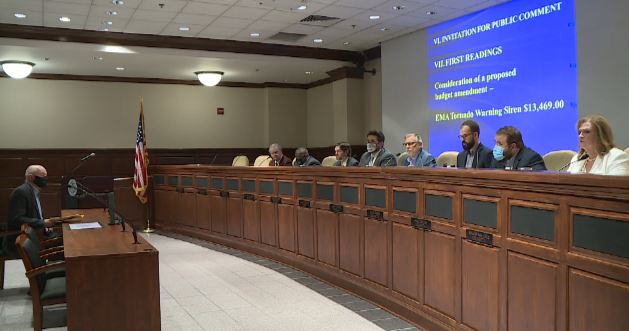 Only one item on new business: a unanimous vote on a new tornado siren.

“The airport, library, and a couple of other things are shared: equal county and city. So this is costing the city $13,600, give or take,” said City of Jackson Mayor Scott Conger.

The siren will be installed in the Adair community.

The other is a replacement in the Wyndchase neighborhood due to a lightning strike.

The sirens are made to order and should take six weeks to come in.

They received over $150,000 dollars from the CARES Act for next year.

“The Jackson Housing Authority does a multitude of things from housing developments to rental assistance and things like that,” Mayor Conger said. “So they have to update their annual action plan with the council every year: what they’re using their federal funds for, what funds they’re getting, and how they’re disbursing those.”

And some of those funds are being allocated for the new financial empowerment program, set to launch in January.

“It’ll help our citizens, and that’s what we’re here for,” said Conger. “We’re here to serve people, and the Jackson Housing Authority does a great job doing that. This will give them a better opportunity to as well.”

The city council also had a closed-door session with their attorney, Lewis Cobb. The details of that have not been released.