JACKSON, Tenn. — It’s official, the Old Dominion concert scheduled for July 17 is cancelled after Indigo Road Entertainment decided to pull out on Monday. 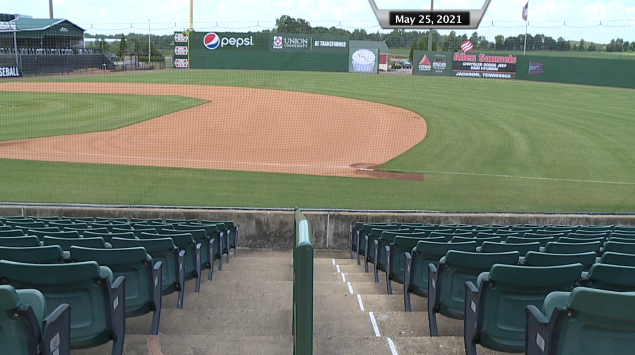 “We had a concert a couple of weeks ago that was a great success. The same scenarios, which we’ve seen before. We’ve offered a one day license agreement, and then they could hire their management team to do that, and that’s the same thing we were planning for the next two events,” Conger said.

“The Generals and the Jackson city government situation has become too toxic and uncertain for us to move continue movie forward on a show of this magnitude.”

“Our intent is to make sure that our assets are protected, that are taxpayers are taken care of, and we’re not being taken advantage of,” Conger said.

At this time, Indigo Road Entertainment says they still plan on having the Nitro Circus event that is scheduled for Oct. 16.

WBBJ 7 Eyewitness News spoke to Winnipeg Goldeyes President and CEO Sam Katz, and he says he doesn’t understand why the City of Jackson chose to evict the Jackson Generals in the first place.

He says at this point, he can understand why the concert promoters feel the way they do based on what they’ve experienced from the city themselves.

“After we signed a license agreement with them, they did not come through with their commitments to us, and then they basically changed the locks and locked us out for a couple of days and caused us more grief and aggravation,” Katz said.

“The city of Jackson has the accessibility, has the ability to lock the doors on days there are no games. It’s just like any other city facility. We have the right to do that. It’s a facility owned by the City of Jackson,” Conger said.

Katz says regardless, the Goldeyes will fulfill their agreement until the end of the summer.

Conger says the city has posted positions for non-game day events and is currently speaking with promoters for more events to come to the Ballpark.