CROCKETT CO., Tenn. — The sea came to Crockett county in the form of lights. 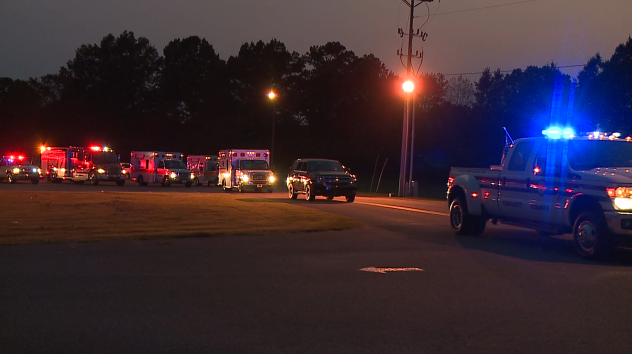 Crockett county was showered in a sea of lights Saturday night.

First responders flashed their lights to honor the 20th anniversary of September 11.

Crockett County Chamber of Commerce Executive Director Jordan Spraggins said they wanted to remember those that lost their lives and also recognize the first responders that fought to save lives 20 years ago.

The caravan started in Friendship and traveled through Maury, Bells, and Gadsden, Tennessee.

They finished in Alamo with a memorial service and a moment of silence.

EMS Director Stephen Sutton said with COVID cases surging the past few weeks, they decided this would be the best way to pay tribute while also staying safe.

“Just being outside in your front yard and waving as the parade comes by is certainly a safe thing to do. It is also a neat way to honor and memorialize those who lost their lives 20 years ago,” Sutton said.

Spraggins said that it is important to continue to remember the American citizens lost on September 11 and to never forget what those first responders endured.

“They are some of the bravest heroes we have ever known in American history. It is important that we show that gratitude and we remember the lives that were lost and the hardships that they endured. We have to remember that,” Spraggins said.

Sutton said they were grateful for the community that came out to join the caravan.