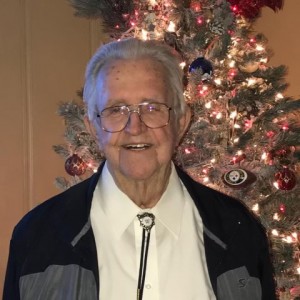 He retired as a truck driver from Colonial Rubber in 1995.  After retiring from Colonial Rubber he opened and operated Webb Home Repair which became one of the best and most trusted residential and commercial home repair businesses in West, TN. After retiring from his business, he enjoyed fishing, gardening, and reading his Bible. His favorite Bible verse 2 Corinthians 5:8 says:

“We are confident, I say, and willing rather to be absent from the body and to be present with the Lord”.

He was a beloved and cherished husband, brother, father, grandfather, great-grandfather, and friend.  He will always be remembered by his humor and love for the Lord. He will be greatly missed by those blessed enough to have known and loved him.

Visitation will be held on Thursday, September 16th, 2021, 11:00 AM to 1:00 PM at Bells Funeral Home with Bro. Shea Loveless officiating. Funeral will follow at 1:00 PM.  Burial will be at Memorial Gardens in Brownsville, TN.