JACKSON, Tenn. — After the first review of the problems at Highland Memorial Gardens by the state, a follow-up shows there are still unresolved issues. 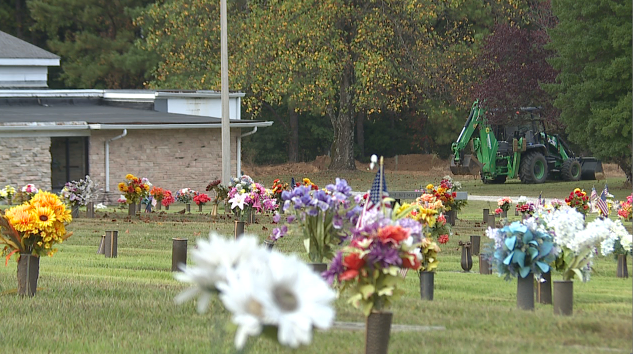 State representatives from the Department of Insurance revisited the property in late September and found some of the concerns had been fixed but several others were still present.

According to the report, there remained a strong odor within the mausoleum as well as leakage of bodily fluids.

A firm was contacted to repair a hole in the mausoleum but the hole was still not repaired at the time of the second inspection.

According to the report, the cemetery has contacted a third party to fix the leakage of bodily fluids as well as replacing the carpet inside the mausoleum but this will not be possible until October.

Many WBBJ 7 Eyewitness News viewers shared their thoughts on the situation through social media. Some experiencing the smell, first hand, some saying this is unacceptable and disturbing and someone should be held accountable for this situation.

WBBJ 7 Eyewitness News reached out the owners of the cemetery and they said the vendors have assured them these repairs will be their top priority. They also said they are currently waiting for materials but due to COVID, it’s taking longer than expected. As soon as materials are received work will begin immediately. They also say they are “very sorry that we cannot have visitors in the mausoleum until this is fixed as our families are our biggest priority.”

According to the report, the cemetery’s registration shall remain partially suspended and the mausoleum will remain closed to the public.

If you would like to request a copy of the Highland Memorial Gardens summary suspension order from the Tennessee Department of Commerce & Insurance, click here to go to the agency’s website and complete an open records request form.