JACKSON, Tenn. — Street resurfacing across the City of Jackson will begin Monday, October 11.

The Jackson City Council approved the last contract for the project in September and have been putting their finances in order for long term sustainability.

“This will be the first time in a long time that the City of Jackson has not borrowed money to pave streets, we’re actually using some of our surplus from last year, in addition to some state grants that we received, and so all in all, we’ll spend roughly $5.8 million on street resurfacing,” Mayor Scott Conger said.

The city is starting with streets in residential and smaller areas.

The contractor decided the best method to resurface the streets as expeditiously as possible and avoid disrupting traffic would be to work on streets in the same general areas, and work from worst shape to best.

This is one of two street resurfacing contract plans for this fiscal year.

“There’ll be a second contract that will go out in the spring,” Mayor Conger said. “And so hopefully we’ll have two contracts going concurrently, paving about 160 streets at the same time. We’re excited about this, the largest street resurfacing in a single year we’ve ever had.” 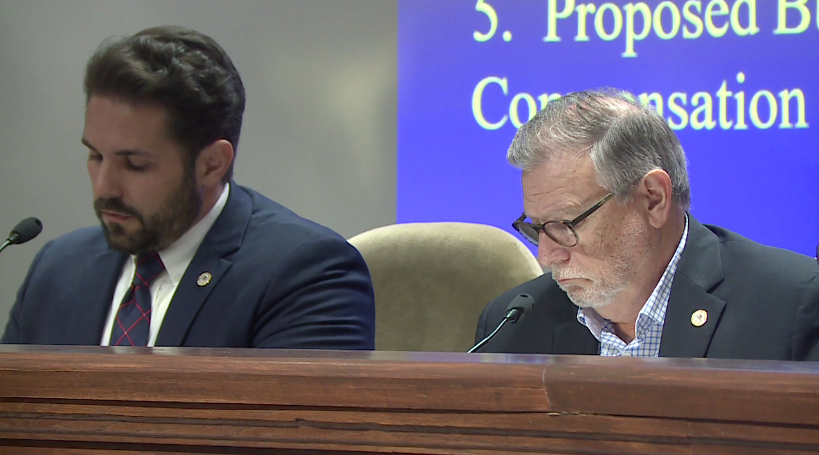 “They’re well deserved and much needed. And we’re invested in our first responders,” Conger said. “And so hopefully, after next month’s council meeting, then that’ll be approved for our police officers, so our firefighters and police officers — before the end of the year — all get raises.”

The Jackson City Council also approved a $25,000 dollar budget amendment for the Trash 4 Ca$h initiative. The 2021-22 Mayor’s Youth Council partnered with Keep Jackson Beautiful to give groups the opportunity to pick up litter in exchange for money.

Plus, to urge all citizens to become aware of the prevalence of domestic violence in our community, the City of Jackson proclaimed October 2021 as Domestic Violence Awareness Month.

They hope to grow the efforts to fight domestic violence.