HUMBOLDT, Tenn. — A local family is asking for justice following the death of a loved one. 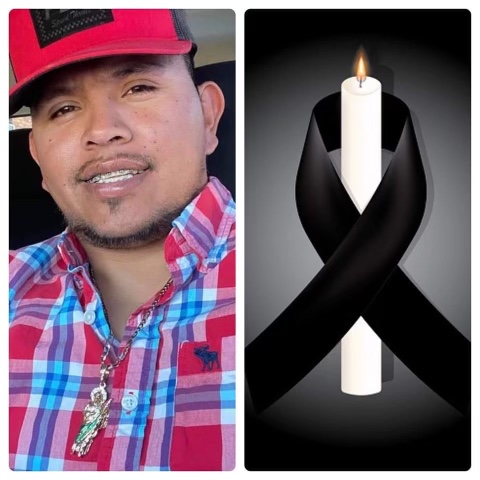 “He had a lot of dreams, and they took that away from him. Especially with our children,” said Jaleesa Rodriguez, the wife of Omar Rodriguez.

Omar Rodriguez was killed, according to his wife.

She says he told her he was at a friend’s house, but in reality he was at the Humboldt National Guard Armory.

“He was actually at a party there,” Jaleesa Rodriguez said. “I got a text message saying somebody had been stabbed. I went to check and see who was it and see if he was okay. They were like, ‘Yeah, Omar. He was actually stabbed.'”

His wife says Omar Rodriguez wasn’t looking for any trouble, but she wasn’t at the party with her husband.

“He wasn’t bothering anybody. He was just standing there hearing the music, minding his own business. They came trying to start an altercation with him, and they were trying to separate them from him to not start anything, and it happened really fast. Stabbed him. They ran,” Jaleesa Rodriguez said.

She also says Humboldt police haven’t given her any information on what happened.

“They haven’t. I’ve been giving them tips. I have witnesses too, where they’ve even seen the other person that was with those guys. Well that guy that had, I guess the murder weapon. What they used on Omar,” Jaleesa Rodriguez said.

She says she only wants justice for her husband.

“I really want these guys caught because it’s not fair what they did to him,” Jaleesa Rodriguez said.

WBBJ 7 Eyewitness News reached out to the Humboldt Police Department, but we are still waiting for them to reply to our requests for more information on this case.