Big Jingle parade returns to the streets of McKenzie

“I’ve been a native of McKenzie since 1979 and we come every year to the Christmas parade and enjoy downtown, seeing friends,” said parade-goer, Susie Cross. 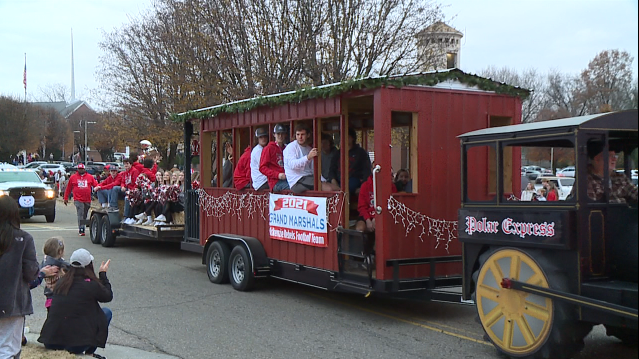 The most wonderful time of the year is here and so is the yearly, McKenzie Christmas parade.

“So this is kind of an annual thing that we love to do. We started our day with the Polar Express and got to see the reindeer and then my oldest daughter performed at the Park Theater and then we came out to enjoy the parade,”said parade-goer, Rachel Lovell.

This parade is a tradition for many and each year, attendees get to see their favorite floats, Christmas characters, and community leaders.

“I like the marching band, I like my sister and her ballerina group and my favorite part was Santa,” said parade-goer, Scarlett Lovell.

Santa did make an appearance at today’s parade, but for the first time ever, one of his reindeer were also in attendance.

Mayor Holland would like to invite everyone to their 2022 Mistletoe Christmas during the first weekend in December.