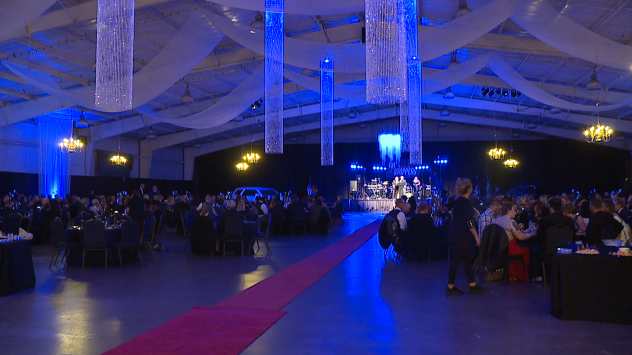 “We do this to raise money for a reward fund, to buy equipment for Crime Stoppers and training for the board members. And without this, we wouldn’t have the money to pay rewards to catch scumbags and morons that are running loose everyday,” said 731 Crime Stoppers Lieutenant, Mike Johnson.

This ball is not only for law enforcement, but a thank you, to the Jackson community for helping stop crime.

“People that’s called Crime Stoppers have helped to recover almost two million dollars in property that was stolen, and paid out hundreds of thousands of dollars in rewards,” Johnson said.

And although tonight is about raising money, it’s also a chance to unwind.

“You gonna see me dancing, shaking a leg,” Johnson said.

Tonight’s ball reflects on the hard work of many law enforcement officers, but without the positive relationship between law enforcement and the community, this wouldn’t be possible.

'Booze It & Lose It': Impaired driving enforcement to increase across state