Memorial Day weekend is usually recognized as the start of Summer, although it truly doesn’t begin until June. But families and friends everywhere tend to celebrate with gatherings filled with fun and most importantly food! Many families will gather for their first big grilling event of the season. 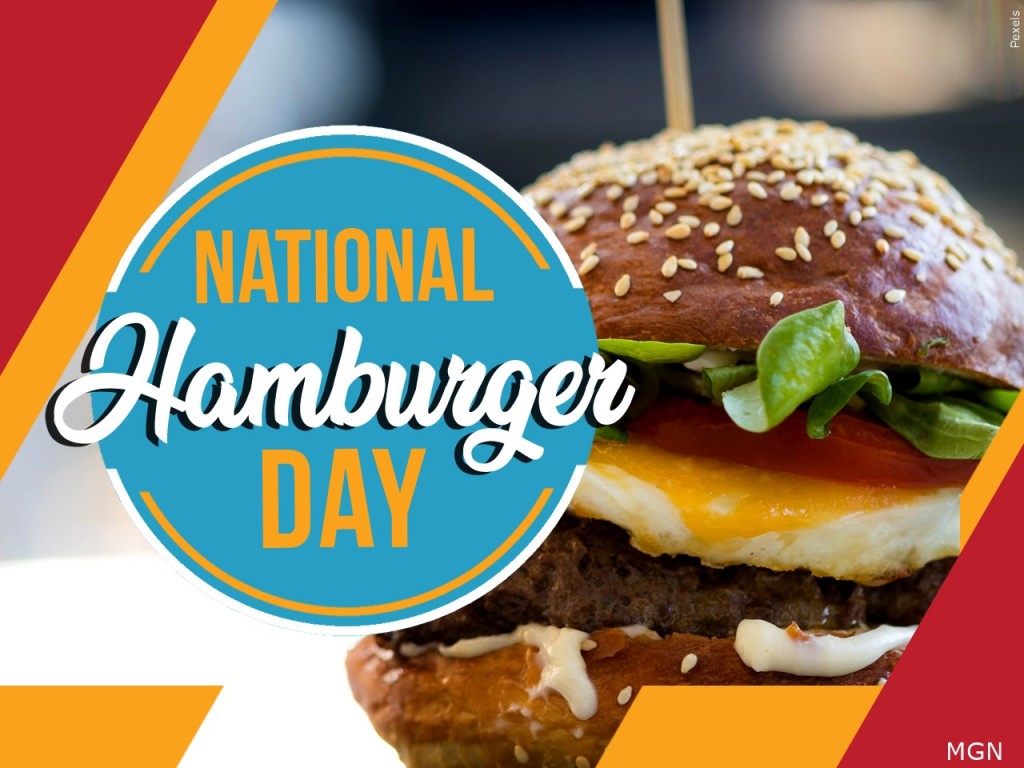 The most common burger is typically seasoned ground beef, grilled and placed between your favorite bread or bun. Toppings for burgers can range from grilled onions, peppers, mustard, ketchup, mayo, cheese and most importantly pickles.

According to nationaldaycalendar.com, the first hamburgers appeared around the 19th or early 20th centuries and the world’s largest was prepared on September 2, 2012 in Carlton, Minnesota at Black Bear Casino Resort. It weighed in at a massive 2,014 pounds.

If you’d like to observe National Hamburger Day, get to grilling, or prepare your favorite patties in a skillet or even in the air-fryer. And try some of these interesting variations, such as topped with mac-n-cheese, avocado, fried eggs, or some people claim to love them with a dab of peanut butter.

Whether you serve it with its best friend the french fry, or just have it on its own, the hamburger remains a staple in American cuisine. So as you get to grilling this summer, don’t forget to enjoy your favorite burger.