JACKSON, Tenn. — Auditions are coming up for two stage productions that will be hosted at The Ned this fall. 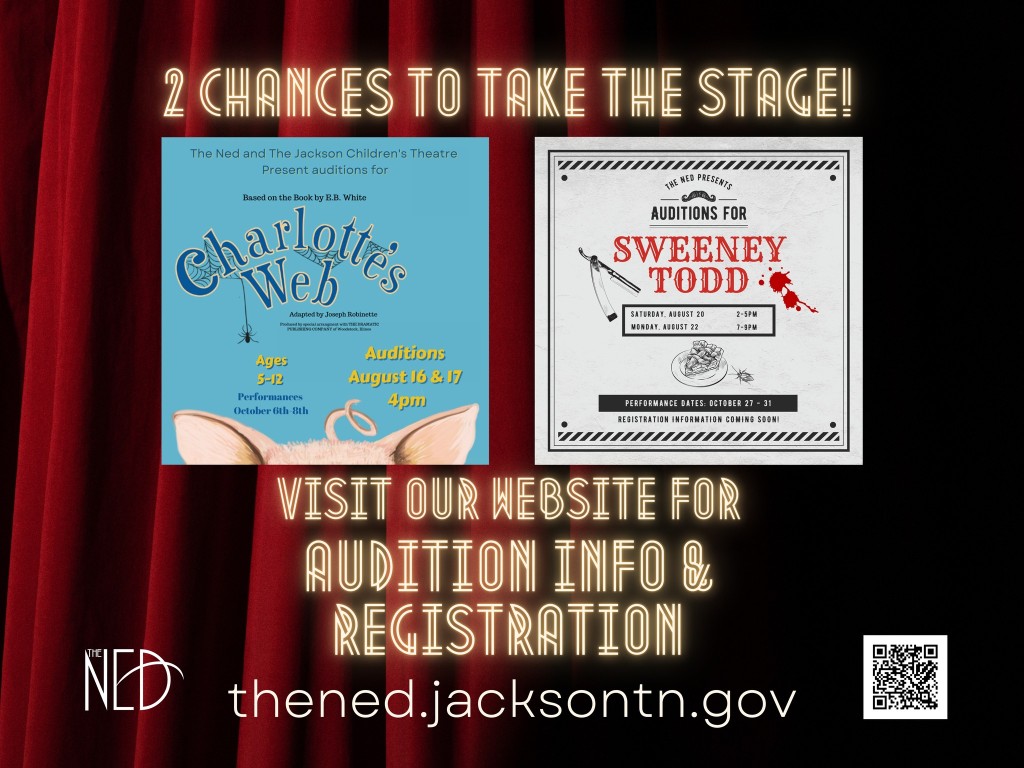 The Jackson Children’s Theatre will present “Charlotte’s Web” from October 6-8. Children ages 5-12 are being sought for roles, and auditions will be held at 4 p.m. on August 16 & 17.

All auditions will be held at The Ned, located at 314 East Main Street in downtown Jackson.