MCKENZIE, Tenn. — Hundreds gathered to remember the life of a Tennessee Highway Patrol sergeant who lost his life far too soon. 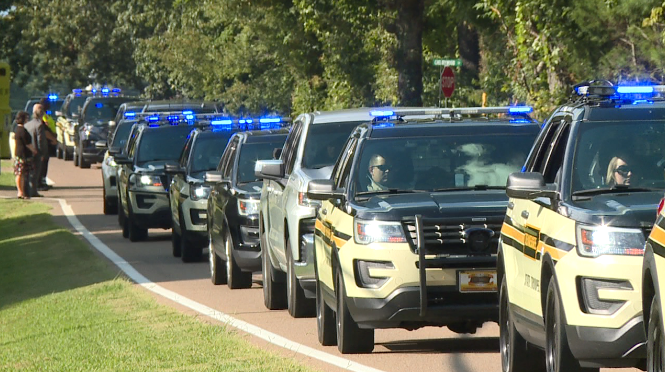 “It’s a sad day for law enforcement, but we all come together, we share a common bond of trying to keep the public safe, and you know the community support has been amazing far and wide from the community,” said THP Captain Travis Plotzer.

“Sergeant Lee Russell was a great man, integrity, he is a family man, he cared about his people he took care of and that’s amazing,” said Captain Plotzer. “He’s a father of two, he’s a graduate from this area, deep community ties.”

Sgt. Russell was born in Jackson, a graduate from McKenzie High School and also a graduate of UT Martin. He served with the Tennessee Highway Patrol for 12 years and was assigned to the Special Ops Aviation Unit. 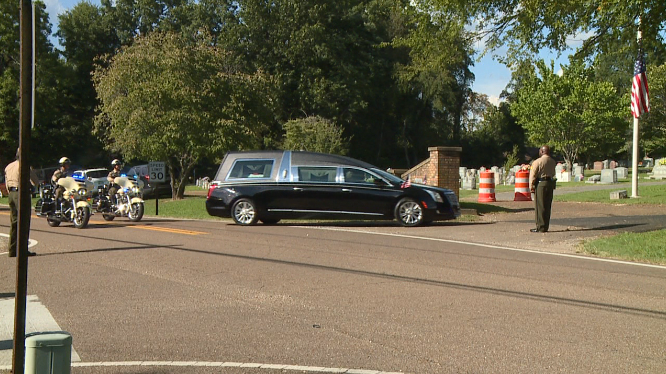 “Lee is a very humble person, so Lee’s very humble, he probably would never dream about the impact that he’s left, he would think he was just doing the right thing, part of the job, but he followed it to the tea,” Plotzer said.

Officers from all over the country were in attendance for Sgt. Russell’s funeral, from West Tennnesse counties such as Shelby and Benton to states including Kentucky, Arkansas, Florida and many more.

Sgt. Russell is survived by his wife, son, daughter, parents, brother and grandmother.

The funeral for for Detective Matt Blansett was held Sunday at South Pittsburg High School Gymnasium in Marion County.