‘Stock up on blankets’: Ukrainians brace for horrific winter

KYIV, Ukraine (AP) — Ukrainians could face rolling blackouts from now through March in frigid, snowy weather because Russian airstrikes have caused “colossal” damage to the power grid, officials said. To cope, authorities are urging people to stock up on supplies and evacuate hard-hit areas. 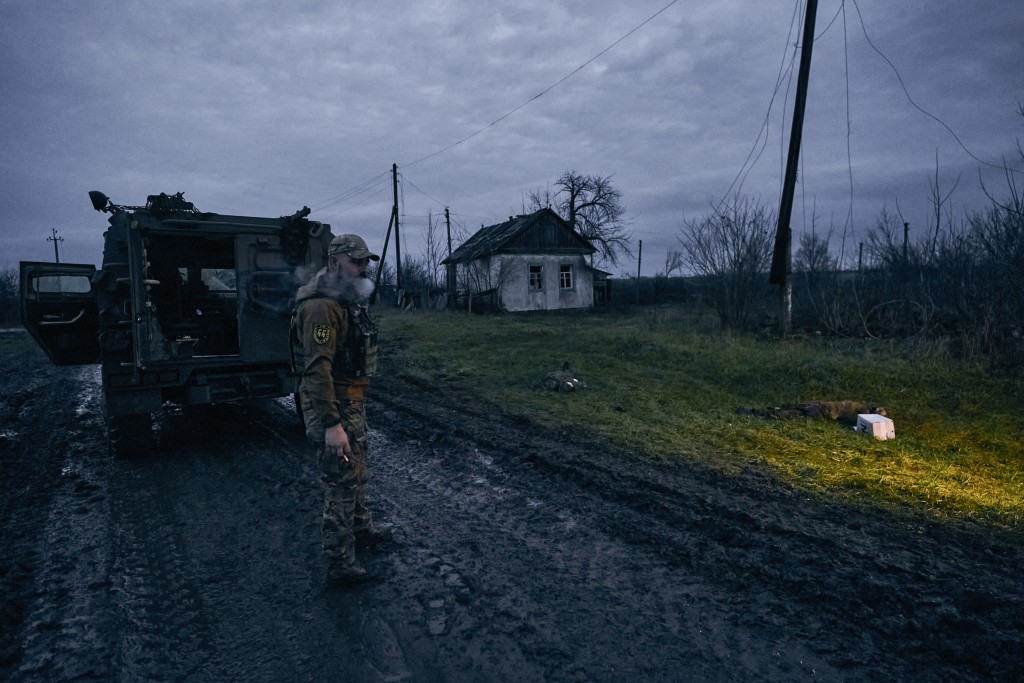 Sergey Kovalenko, the CEO of private energy provider DTEK Yasno, said the company is under instructions from Ukraine’s state grid operator to resume emergency blackouts in the areas it covers, including the capital, Kyiv, and the eastern Dnipropetrovsk region.

“Although there are fewer blackouts now, I want everyone to understand: Most likely, Ukrainians will have to live with blackouts until at least the end of March,” Kovalenko warned on Facebook.

“We need to be prepared for different options, even the worst ones. Stock up on warm clothes and blankets. Think about what will help you wait out a long shutdown,” he told Ukrainian residents.

Russia has launched six massive aerial attacks against Ukraine’s power grid and other infrastructure since Oct. 10, as the war approaches its nine-month mark. That targeted onslaught has caused widespread blackouts and deprived millions of Ukrainians of electricity, heat and water.

Ukrainian President Volodymyr Zelenskyy said Tuesday in a video speech to a French municipal group that Russian missile strikes have destroyed nearly half of the country’s energy facilities “to turn the cold of winter into a weapon of mass destruction.” Later, in his nightly video address, he announced the establishment of “Points of Invincibility” where people can gather for electricity, mobile communications, internet access, heat, water, and first aid.

Temperatures commonly stay below freezing in Ukraine in the winter, and snow has already fallen in many areas, including Kyiv. Ukrainian authorities are evacuating civilians from recently liberated sections of the southern Kherson and Mykolaiv regions out of fear the winter will be too hard to survive.

Heeding the call, women and children — including a little red-headed boy whose shirt read in English “Made with Love” — carried their limited belongings, along with dogs and cats, onto trains departing from the newly liberated city of Kherson.

“We are leaving now because it’s scary to sleep at night,” departing resident Tetyana Stadnik said on a cramped night sleeper train Monday as a dog wandered around. “Shells are flying over our heads and exploding. It’s too much. We will wait until the situation gets better. And then we will come back home.”

Another resident said leaving was the right thing to do to help the country.

“No one wants to leave their homes. But they’re even advising (to leave). They’d have to warm us up, when it’s needed for other people. If we have an opportunity to leave, we can at least help Ukraine with something,” Alexandra Barzenkova said as she sat on a train bunk bed.

More hardship was in store for those remaining.

The repeated Russian attacks — with the most severe on Nov. 15 involving 100 heavy rockets — have damaged practically every thermal and hydroelectric power plant, and “the scale of destruction is colossal,” Volodymyr Kudrytskyi, the CEO of Ukrenergo, the state-owned power grid operator, said Tuesday. In addition, electric substations have been damaged, while nuclear power plants have largely been spared, he said.

Kyiv regional authorities said Tuesday that more than 150 settlements were enduring emergency blackouts because of snowfall and high winds.

Slowed by the weather, Ukrainian forces are pressing a counteroffensive while Moscow’s troops maintain artillery shelling and missile strikes.

In a key battlefield development, Natalia Humeniuk of the Ukrainian army’s Operational Command South said on Ukrainian television that Kyiv’s forces are attacking Russian positions on the Kinburn Spit, a gateway to the Black Sea basin, as well as parts of the southern Kherson region still under Russian control.

The Kinburn Spit is Russia’s last outpost in Ukraine’s southern Mykolayiv region, directly west of Kherson. Ukrainian forces recently liberated other parts of the Kherson and Mykolaiv regions. Moscow has used the Kinburn Spit as a staging ground for missile and artillery strikes on Ukrainian positions in the Mykolaiv province, and elsewhere along the Ukrainian-controlled Black Sea coast.

Recapturing the Kinburn Spit could help Ukrainian forces push into Russian-held territory in the Kherson region “under significantly less Russian artillery fire” than if they directly crossed the Dnieper River, a Washington-based think tank said. The Institute for the Study of War added that control of the area would help Kyiv alleviate Russian strikes on Ukraine’s southern seaports and allow it to increase its naval activity in the Black Sea.

In the Russian Black Sea Fleet’s headquarters city of Sevastopol, Russian-installed Gov. Mikhail Razvozhaev said air defense systems intercepted at least two drones, including those targeting a power station. Zelenskyy has vowed to recapture the Crimean Peninsula, which Russia annexed in 2014, but his government didn’t immediately comment on the Russian report.

— Ukraine’s counter-intelligence service, police officers and the country’s National Guard on Tuesday searched one of the most famous Orthodox Christian sites in Kyiv after a priest spoke favorably about Russia during a service.

— One civilian was killed and three others wounded after Russian forces shelled the city of Kherson, Ukraine’s presidential office said.

— Two civilians died Tuesday in the Russian border region of Belgorod, its governor said on Telegram. Vyacheslav Gladkov said a married couple were killed by an unexploded munition in Staroselye, on the border with Ukraine’s northern Sumy region. He said a woman was killed in shelling of Shebekino, close to Ukraine’s Kharkiv province.

— A social worker was killed and two other civilians were wounded Tuesday after Russian tank shells hit an aid distribution point in southern Ukraine, according to the governor of Zaporizhzhia.

— Ukrainian officials on Tuesday handed over the bodies of 33 soldiers recovered from Russia to their families.

— The U.S. announced disbursement of $4.5 billion to help stabilize Ukraine’s economy and support key Ukrainian government functions. The package will help fund wages for hospital workers, government employees and teachers, as well as social assistance for the elderly and vulnerable.