Educator of the Week: Christian Wall 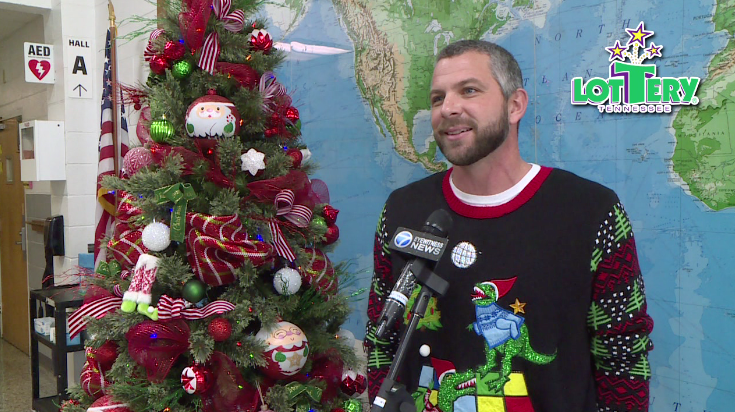 Coach Christian Wall is a third grade math and science teacher at McKenzie Elementary School and says every since he was a kid, young children have always gravitated toward him.

He says that made his decision to become a teacher simple.

“Started out wanting to teach history, and then I realized I needed to be more with younger students,” Wall said. “So I changed my major, became K-8 instead of history in high school. So that is kind of how I got to where I am now.”

Wall says he loves what he does, but he likes to bring a little bit of his own style to the classroom. And that is by singing and dancing.

“What would be a fun way to make students remember things? Since I already like singing, and most children like music and like to sing, dance, and get up. I just added some words and made it stick. It seems to be fun for them, so it is fun for me,” Wall said.

And he says, as a coach, he brings that high motivational energy, which gets the students excited to learn.

But whether he is coaching from the sidelines or dancing in the classroom, it is all about pushing the students to their full potential.

“You are pushing your athletes to be the best athletes that they can, and when you are teaching, you are doing the same. You are trying to get the most out of your students as you can,” Wall said.

Wall says the best part is, of course, the students.

Wall is now eligible for the Tennessee Education Lottery Educator of the Month award.

To nominate an educator for our weekly award, just email us at educator@wbbjtv.com.

Educator of the Week: Rickey Reed