LOS ANGELES (AP) — A Los Angeles jury on Friday found rapper Tory Lanez guilty of three felonies in the 2020 shooting of hip-hop star Megan Thee Stallion that left her wounded with bullet fragments in her feet. 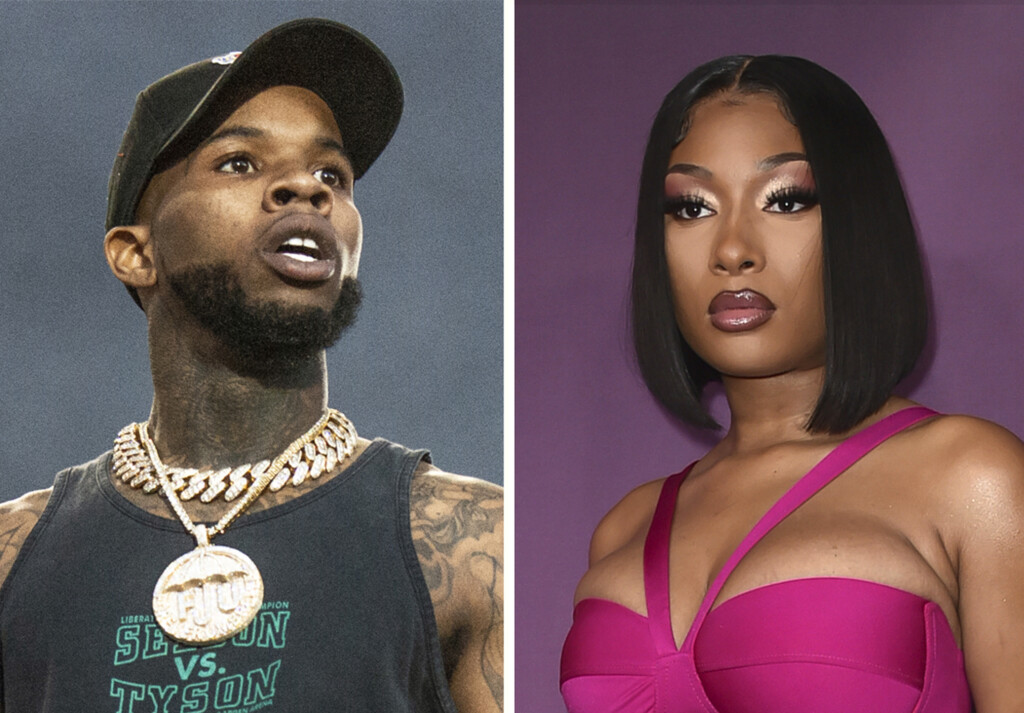 This combination photo shows Tory Lanez performing at the Festival d’ete de Quebec on Wednesday July 11, 2018, in Quebec City, Canada, left, and Megan Thee Stallion at the premiere of “P-Valley” on Thursday, June 2, 2022, in Los Angeles. Jurors have reached a verdict at the trial of rapper Tory Lanez, who is charged with shooting and wounding hip-hop star Megan Thee Stallion in the feet.
(Photos by Amy Harris, left, Richard Shotwell/Invision/AP)

The jury of seven women and five men deliberated for one day before convicting the 30-year-old Canadian rapper, whose legal name is Daystar Peterson, of assault with a semiautomatic firearm, having a loaded, unregistered firearm in a vehicle and discharging a firearm with gross negligence. The counts could lead to up to 22 years in prison.

Lanez showed no visible reaction as the verdict was read. He was handcuffed while in the courtroom.

Megan Thee Stallion, whose legal name is Megan Pete, testified during the trial that Lanez fired a handgun at the back of her feet and shouted for her to dance as she walked away from an SUV in which they had been riding in the Hollywood Hills in the summer of 2020. She said the two had gotten into a dispute that got especially heated when she began insulting his music.

She needed surgery to remove bullet fragments from her feet.

The shooting set off a storm of cultural issues and arguments that peaked during the trial, including the r eluctance of Black victims to speak to police, the protection of Black women, gender politics in hip-hop, and online toxicity.

In closing arguments, prosecutors emphasized the courage it took for Megan come forward and the vitriol the 27-year-old has faced for it. They said she had no incentive to tell anything but the truth.

“Why would she lie?” Deputy District Attorney Alexander Bott said. “She’s been subjected to a stream of hate. For what? For coming forward as a victim of domestic violence?”

Lanez’s lawyer alleged in his closing argument that the shots were actually fired by Megan’s then-best friend Kelsey Harris in a jealous fight over Lanez, who tried to stop the shooting. The attorney, George Mgdesyan, argued Megan created a more sympathetic narrative by pinning the shooting on Lanez.

“Megan Pete is a liar. She lied about everything in this case from the beginning,” Mgdesyan said. “She lied under oath here.”

Harris denied being the shooter and previously identified Lanez as the one holding the gun. Her attorney, in an email, declined to comment on her involvement.

Lanez began releasing mixtapes in 2009 and saw a steady rise in popularity, moving on to major-label albums. His last two reached the top 10 on Billboard’s charts.

Megan Thee Stallion was already a major rising star at the time of the shooting, and her prominence has surged since. She won a Grammy for best new artist in 2021, and had No. 1 singles on the Billboard Hot 100 with her own song “Savage,” featuring Beyoncé, and as a guest on Cardi B’s “WAP.”