SELMA, Ala. (AP) — A large tornado damaged homes and uprooted trees in Alabama Thursday as a powerful storm system pushed through the South. 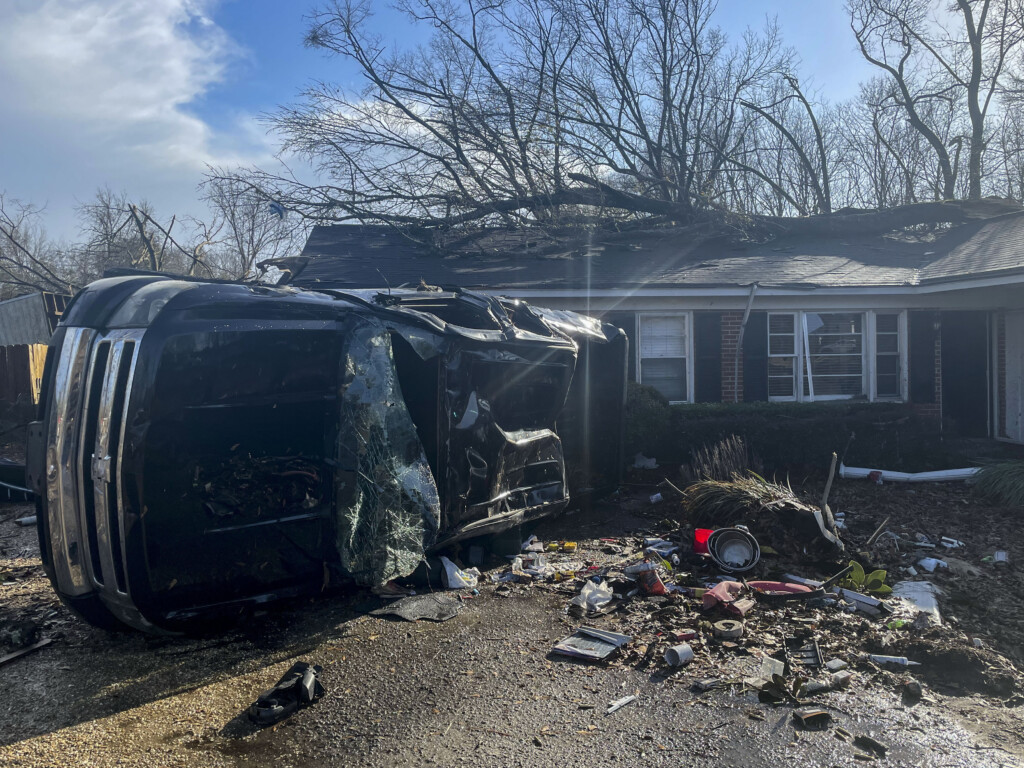 A damaged vehicle rests on its side in front of a home, Thursday, Jan. 12, 2023, in Selma, Ala. A large tornado damaged homes and uprooted trees in Alabama on Thursday as a powerful storm system pushed through the South. (AP Photo/Butch Dill)

The city of Selma received “significant damage from the tornado,” Selma Mayor James Perkins’ office wrote on social media. The National Weather Service in Birmingham said a “large and extremely dangerous tornado” moved through the city.

The weather service issued a tornado emergency for several counties just north of the capital city of Montgomery as the same storm system moved eastward. “This is a life-threatening situation. Take shelter immediately,” the Weather Service said of the reported tornado.

The weather service said there are conformed reports of tree and structural damage in Selma and reports of damage in other counties.

Former state Sen. Hank Sanders said he has been told there is damage “all over Selma.”

“A tornado has definitely damaged Selma. In fact, it hit our house, but not head-on. It blew out windows in the bedroom and in the living room. It is raining through the roof in the kitchen,” Sanders said.

Perkins told WSFA that least one person is believed trapped in a building on Broad Street and possibly one other person is missing. There are multiple downed powerlines, and it is considered an emergency situation.

At the White House, press secretary Karine Jean-Pierre on Thursday addressed the turbulent weather across the south, saying “Our hearts and thoughts go out to the Selma community.”

There were multiple tornado warnings issued Thursday in Alabama, Mississippi and Tennessee as the storm system moved through the region.

In Kentucky, the National Weather Service in Louisville confirmed that an EF-1 tornado struck Mercer County and said crews were surveying damage in a handful of other counties. There were reports of downed trees, power outages and other scattered damage from storms that moved through the state.