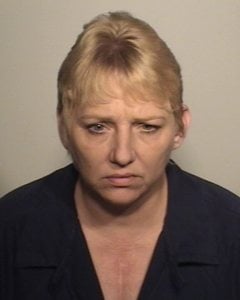 A Madison County woman has been arrested and charged with barging into an elderly man’s home and stealing money from him twice since late February. Jackson Police arrested 45-year-old Annette Renee Parker early this morning, on two counts of aggravated burglary. On February 28 and March 7, police said she forced her way into and 84-year old man’s house and stole money from him. The victim was not hurt in either incident. Parker will make her first court appearance, Wednesday morning.