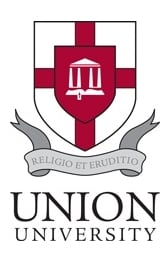 Just days after a third straight appearance in the NAIA National Title game, the Union (Tenn.) University women‘s basketball team has added their latest signee for next season. Union has signed Shelby Ashcraft of Cabot, Ark. to the roster. Cabot will enter Union this fall as a sophomore and will continue her major in nursing as she works toward becoming a nurse anesthetist. Union head coach Mark Campbell says, “Shelby is going to make an immediate impact on our team next season as she can play three positions. She is excited about getting back in school after sitting out a year. Shelby is the type of impact player we need after losing this great senior class in 2011.” Ashcraft, a 6-foot forward, is transferring to Union from the University of Arkansas-Little Rock where she played one season of basketball. While at UALR, she helped lead her team to the Sun Belt western division title in 2010, including a second round appearance in the NCAA Tournament. Ashcraft prepped at Cabot (Ark.) High School where she played basketball and also swam for a season. She helped lead her high school basketball team to three Arkansas 7A conference titles. She was named all-conference, all-state and all-tournament, while being selected as a McDonald’s All-American nominee as a senior. She averaged 12 points, eight rebounds, eight assists and three blocks per game. In other activities, Ashcraft was an all-conference, all-state and a Junior Olympics All-American as a member of her high school swim team. Ashcraft was also a winner in the Arkansas State Horse Show Junior High Point and was the Lonoke County Rodeo Queen. Ashcraft is the daughter of Doug and Dana Ashcraft and is a member of the Mt. Tabor Methodist Church.