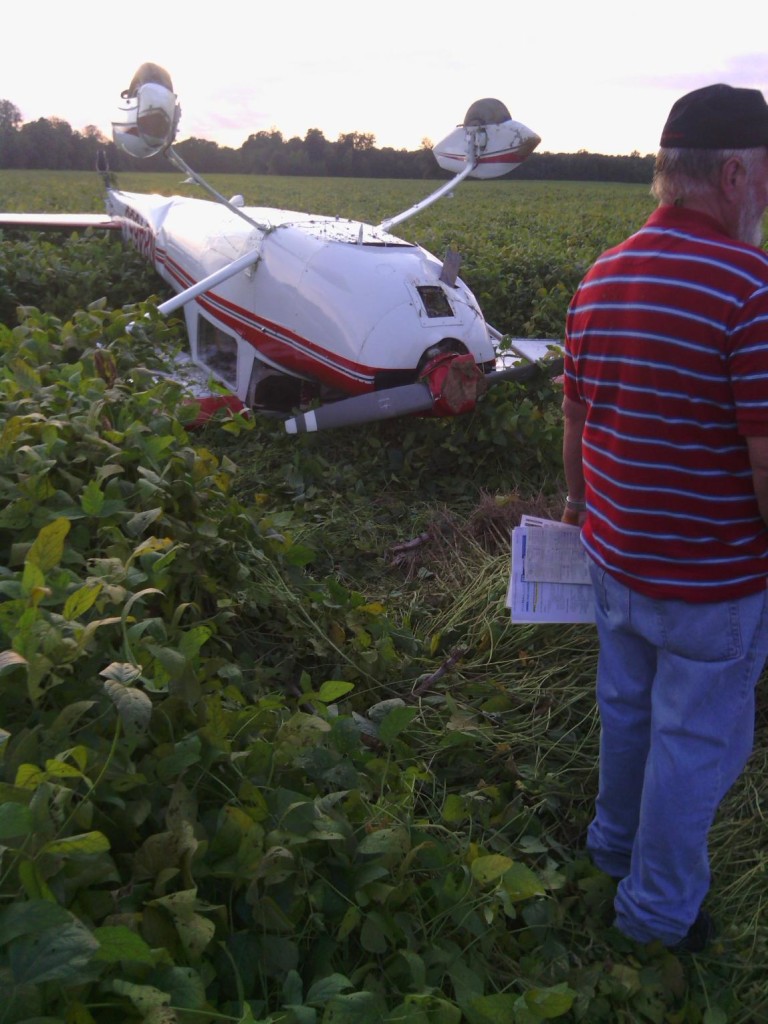 ALCORN COUNTY, Miss. – Federal Aviation officials are investigating a plan crash in Alcorn County, Mississippi. Officials with the Pisgah Community Volunteer Fire Department told 7 Eyewitness News they responded to the scene of the crash around 4:30 p.m. Friday. They said a small plane began to have engine trouble as it was heading toward Memphis. The pilot tried to make an emergency landing, but the plane flipped and landed upside down in a soybean field near County Road 518 near Rienzi, Mississippi. Fortunately, no one was injured. Officials have not released the names of the pilot and passenger. 7 Eyewitness News was told a representative with the Federal Aviation Administration was on the scene of the crash Saturday afternoon, and is making plans to bring the plane to a local airport by Monday. 7 Eyewitness News is following this story, and will have more information as it becomes available.