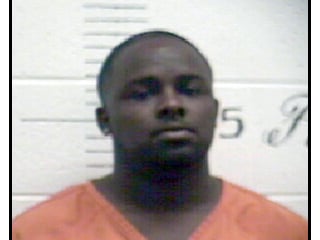 CROCKETT COUNTY, Tenn.- Deputies are interviewing teenagers and informing parents of a weekend raid that shut down a Crockett County bar and grill early Saturday morning. Neighbors said they thought the 412 Mix Bar and Grill was a safe hangout for teenagers. The business does not have a license to serve alcohol. The owners rent the space serving hamburgers and chips to residents celebrating birthdays and family reunions. Neighbors said they were disappointed to learn that sheriff’s deputies shut down the bar for underage drinking. Deputies also found weapons and drugs during a weekend raid. “From the outside, I would have never known all of that was going on from the inside,” said resident Van McGee. “You just never know.” Deputies arrested Dwight Yancy and Katherine Johnson after finding cases of alcohol behind the bar and several underage teens drinking. When asked what the alcohol was being used for, invesitgators said Yancy told them that the cases of beer were for his personal consumption. Deputy Chief Eric Uselton with the Crockett County Sheriff’s Department told 7 Eyewitness News that after deputies found several loaded guns and bags of cocaine underneath tables and chairs their investigation immediately turned the raid into an issue of officer and customer safety. “It went real bad real quick, guns started being thrown on the floor,” said Deputy Chief Uselton. Uselton said the teens told investigators that they were forced into hiding from deputies in back rooms. “A couple of the guns were also chucked inside that room.,” said Chief Deputy Uselton. Officials said one of the youngest teens found inside the bar was a 16-year-old. Investigators said in their experience, teenagers are at a vulnerable age that makes it easier to fall victim in dangerous situations. “I’ve worked several deaths in my law enforcement career, it’s never a good thing. It’s a waste of life no matter who it is, those people could have had so much to give back but now they are not able to, ” said Chief Deputy Uselton. “These are the people it happens to, the very ones who think they cant be hurt.” Now residents said they will be more aware of their surroundings “It is scary you just never know what happens nowadays anywhere,” said McGee. Officials said both Johnson and Yancy have been charged with the unlawful sale of alcohol. Investigators are looking to add additional charges.